A Remote, Mountainous Region in Northern India Has a Welcoming Heart for Falun Dafa (Photos)

(Minghui.org) Call it predestined relationship. A practitioner living in North India has for years been making her annual summer trips to Ladakh, bordering Tibet, to introduce Falun Dafa and clarify the truth. She feels the local Ladakhis and Tibetans have a special affinity to Dafa. Many times when the practitioner goes around, people call out or greet her happily with “Falun Dafa” or “Falun Dafa is good.”

Falun Dafa stickers from several years ago are still on electric poles and in many other places in the town of Leh and surrounding villages, seemingly unaffected by the strong summer sun, the intense cold in the winters, and the unusual heavy rains. Old posters and calendars are still seen in many shops and other places, and the new poster “Sit by my side….” can be seen everywhere. 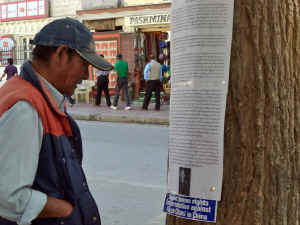 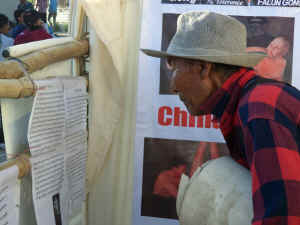 Over the years many locals who have received Falun Dafa informational and truth-clarifying materials have passed them on to their relatives and friends. They are deeply touched and concerned about the ongoing persecution in China. A Tibetan man said that in the evenings, around 20 friends gather at his house to watch truth-clarifying DVDs.

This year the practitioner has been in Ladakh since June. From June 15-17, the first Ladakh International Film Festival took place in a location a little outside of Leh. There was a local handicraft and food fair, where the practitioner put up a display of the Truth, Compassion, Tolerance Art Exhibit posters. Many locals, mostly families with young children, visited this fair and looked at the posters with great interest. 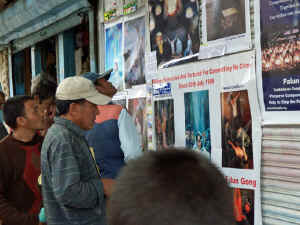 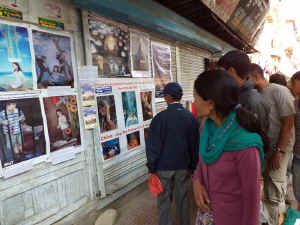 In early July, a few kilometers outside of Leh, a large annual celebration took place, where another display was organized. All day long from morning 'till evening, a non-stop stream of people of all ages came and looked at the pictures with great interest and deep concern. There were many families, children of all ages, nuns and monks. 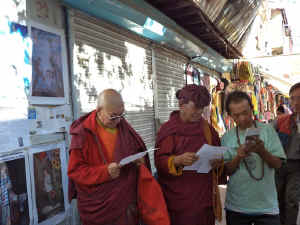 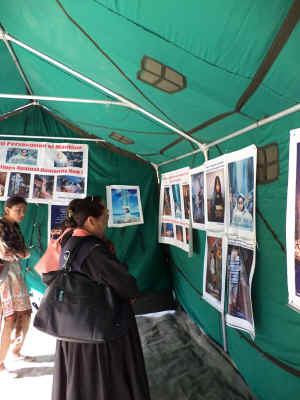 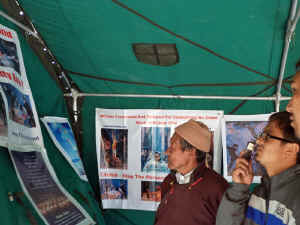 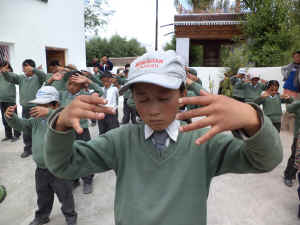 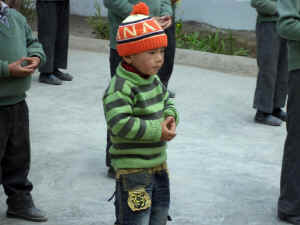 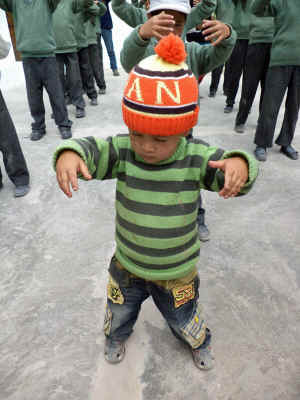 On July 15, 2012, to mark the 13 years of brutal persecution of Falun Dafa in China, a display was set up on Main Street (also called Main Bazar) in Leh. Local people and also visitors from other parts of India and the world eagerly accepted the flyers. Several school groups from faraway villages on a bus tour happened to pass by and took many flyers home. When truth-clarification displays are held in Ladakh, most local people are deeply touched and look carefully at the pictures and read the flyers. 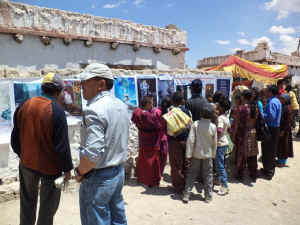 People in Ladakh continue to support Falun Dafa wholeheartedly. Children and teachers from schools where Falun Dafa was introduced in previous years often ask the practitioner to come again to their schools. Guest houses, hotels, various shops, etc. are requesting that Falun Dafa posters and truth-clarifying materials be put up at their places. Nearly every day, there are touching stories such as this one: When the practitioner went to a restaurant, where in previous years posters were put up, and asked the owner: “Where can I put up the posters this time ?” his simple reply was: “Put them in my heart.”

“Paris, France: Practitioners Hold a Rally in Front of the Chinese Embassy to Peacefully Protest the 13-Year Brutal Persecution (Photos)”