This article was first published in November 2009.

(Minghui.org) When former Chinese leader Jiang Zemin launched the persecution of Falun Gong in 1999, he controlled the Chinese military forces. Although the military did not use weapons, it played a key role in the illegal persecution: the General Logistics Department served as the leading institution for removing organs from living Falun Gong practitioners for profit.

When Jiang Zemin was in power, he assigned his relatives to high-ranking official positions in the military. Corruption in China intensified as Jiang indulged his people and allowed the military to run business. Higher rank was associated with more money. The military-run business was mainly involved in smuggling. Former Chinese Premier Zhu Rongji announced during a meeting that in the first half of 1998, the military shot and killed over 450 anti-contraband personnel, including public security guards, armed police, and judicial members, and injured approximately 2,200. During the military smuggling operations, they utilized services from the military weather bureau and communications technologies. They used the Premier's signature and seals of the Deputy Chair of the Military Commission without authorization.

In the middle of November 1998, the Central Military Commission and Central Commission for Discipline Inspection held a meeting in Xishan, Beijing. Former Minister of National Defense Chi Haotian spoke at the meeting. According to Chi, 80 percent of the income and capital of the military-run business was embezzled by middle to high ranking officials for personal use.

The Military Seeks Profit in Removing Organs from Living People

The orders for removing organs from living practitioners came directly from the Chair of the Military Commission. The General Logistics Department ordered blood tests on practitioners, then arrested them all over the country and processed them. Practitioners were arrested and administered through an organized, systematic process by the Logistics Department. Utilizing military transportation, personnel and forced labor camps built on military facilities, the Logistics Department (LD) became the state live-organ bank. The LD decides which camps the practitioners are taken to, how practitioners are dispatched, transportation, shift procedures, guards, and the budgets. If an organ transplant procedure fails, the organ receivers' information and bodies are scheduled for destruction within 72 hours. This elimination procedure requires approval by a military supervisor. A military supervisor holds the authority to arrest, jail, and execute anyone leaking information regarding the transplant, including doctors, guards, police and researchers. Military advisors are appointed by the Central Military Commission.

The LD dispatches the "donors" to military hospitals and some local hospitals. The LD receives cash or foreign exchange from hospitals or foreign customers before delivering the organs; thereafter, the LD is not liable for anything. The money gained from organ transplants does not go into the military budget, however, all the expenses for the processing of live organ transplants are supported by the military budget. The profits from organ sales are "pure personal income" for high ranking officers. The LD sells organs to local non-military hospitals and uses them to market this business to the world. This method insures that the military-owned hospitals aren't the only system in China that carries out organ transplants. This ploy distracts the world community from what is going on and keeps it from focusing on this illegal business.

Shi Bingyi, Director of the Transplant Center of the People's Liberation Army, said that in 2005 alone, there were approximately 10,000 kidney transplants and 4,000 liver transplants in China. In 2006, this number reached a record 20,000 transplants. In 1999, there were only 4,000 kidney transplants and no liver transplants. The China International Transplant Network Assistance Center of the First Hospital of the China Medical University has a price list for all forms of transplant surgeries--a kidney for USD $60,000, a liver for $100,000, a lung or a heart for over $150,000. China has developed an enormous organ trade network throughout the world, with China itself as the center of the network. The total number of organ transplants in China accounts for 85 percent of the total number of transplants in the world in 2000, a year after the persecution of Falun Gong began. This official number from the Military Commission, resulted in the promotion of several generals, including Sun Dafa, the current political commissioner of the LD. 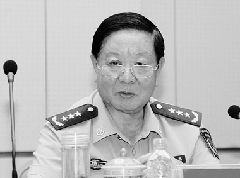 Sun Dafa is a general and a current political commissioner of the People's Liberation Army General Logistics Department.

Liao Xilong is the current director of the General Logistics Department. He helped to win a battle during the China-Vietnam War and was promoted to chief by Deng Xiaoping. After that, Liao made his way up the ranks to commander of a major military region. 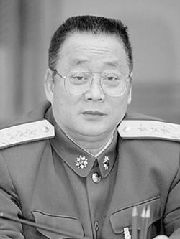 Liao Xilong is the current Director of the General Logistics Department.

After the April 25 event (when Falun Gong practitioners peacefully and successfully appealed the illegal arrests of 45 practitioners from Tianjin), Jiang spoke with six of the then-standing members of the Politburo of the CCP Central Commission about initiating a persecution of Falun Gong. All the members opposed it. Jiang then turned to Liao, who was the Commander of the Chengdu Military Region and the Deputy Secretary of the Party Commission. Jiang wanted Liao to help him find justification for initiating a persecution. Liao worked with the Intelligence Division in the Chengdu Military Region and fabricated information. This information (sent to the Central CCP) stated that the region had intercepted a letter from Falun Gong, discussing the overthrow of the CCP. Jiang took the letter and pressured all the standing members of the Politburo to agree to the suppression of Falun Gong.

Liao not only triggered the persecution but was also an active participant. After the suppression started on July 20, 1999, Liao ordered major departments and related offices of the Chengdu Military Region to "keep a close eye on the enemy" and monitor practitioners around the clock. Massive arrests of practitioners began. As a result, practitioners were regularly placed in prisons, fired from work, or removed from military units. Many were tortured and forced to renounce Falun Gong against their will. Liao spared no effort in executing the persecution of Falun Gong. In 2002, Jiang promoted Liao to Commissioner of the CCP Central Military and Director of the General Logistics Department.

Liao's military talents and ability to understand Jiang made him the top choice for director of the Logistics Department. Liao is responsible for the operation of removing organs from living practitioners. He commercialized and militarized live organ removal.

The LD plays two opposing roles: the Minister is responsible for obtaining live organs, and the Political Commissioners are responsible for covering up these activities.

Sun Dafa was promoted to LD Political Commissioner in July 2005. At that time, the existence of the concentration camp in Sujiatun in Shenyang City, Liaoning Province, was exposed. A former CCP intelligence worker said that over six thousand Falun Dafa practitioners were detained in Sijiatun. If practitioners were taken to Sujiatun, they had no chance of getting out. The CCP would never feed and house them indefinitely. In the end, practitioners were killed for their organs, which were sent to the different medical facilities (http://theepochtimes.com/news/6-4-23/40735.html).

Sun was responsible for the Shenyang Military Region live organ sales prior to 2001. He was given the task of "putting out the fire." Sun sent a communication to all relevant military divisions nationwide, demanding that they "Pay attention to massive information leaks from special military administration areas (concentration camps)" and to "Further block Falun Gong's information channels and strengthen the system of secrecy. Any secret information leak will result in stern punishment."

In 2007, when Dr. Francis L. Delmonico (Professor of Surgery at Harvard Medical School and Medical Director of the New England Organ Bank) visited China, he was received by four individuals, two of whom were military personnel. Wen Degong, Political Commissioner of the General Hospital of the People's Liberation Army (PLAGH) (a.k.a. Hospital 301), was also in the group. Dr. Delmonico is also the director of medical affairs for The Transplantation Society (TTS) and an advisor to the World Health Organization (WHO).

At this time, the transplant program in China has not been approved of by the international transplant society. One major reason is the lack of transparency regarding the source of organs. According to Dr. Delmonico, Chinese health officials expressed a strong desire to have their transplant professionals accepted as full-fledged members of the international transplant community. Dr. Delmonico responded to China, "It is vitally important that the Chinese have transparency of practice," including evidence that organs from prisoners were obtained with written, non-coercive permission, and continuing use of approved transplant centers and newly credentialed surgeons only....We need the verification that they have delivered upon their promises."

Wen Degong, Political Commissioner of Hospital 301, is not a transplant surgeon, nor does he belong to the Ministry of Health. His appearance at the meeting with Dr. Delmonico was a result of the CCP's desire to have military personnel clear away any doubts from the international transplant society on the massive number of organ transplants in China's military system. Wen represented the military, since he was a deputy director of the political division of the LD. Wen knew about the procedures of live organ removal and how to deal with Westerners.

“New York: Rally in Flushing Commemorates the April 25 Peaceful Appeal and Calls for an End to the Persecution (Photos) ”