(Minghui.org) Ms. Wang Haihong, 44, is an entrepreneur from Tianhe District, Guangzhou City, Guangdong Province. She is an overseas Chinese from Mongolia who returned to China, and was a member of Guangzhou Municipal People's Congress. Many members of her family practice Falun Gong, including her mother, Ms. Zhou Jinhua, her sister, Ms. Wang Haiying, and her two brothers, Mr. Wang Zhihong and Mr. Wang Zhiqiang. Ms. Wang Haihong, her sister and her two brothers are currently imprisoned. 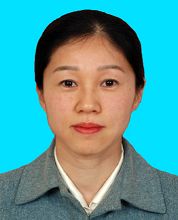 On the evening of August 21, 2010, Mr. Wang Zhihong's home was broken into by police from the Tianhe Domestic Security Division, the 610 Office in Tianhe, and the Tianyuan Police Station. They shouted loudly and videotaped the place. Mr. Wang Zhihong was handcuffed and taken away in front of his three-year-old son. The boy was so scared that he cried out loudly and developed a fever that night.

That night, Ms. Wang Haihong and Mr. Wang Zhiqiang were also arrested. Ms. Wang's other brother, Mr. Wang Zhigang, and his wife, who are not practitioners, were also arrested but released later. Ms. Wang Haihong's company was ransacked during the daytime on the same day. Her personal letters, a computer, six laptops, a DVD burner, a printer, a hard drive, a paper cutter, and many other personal belongings were confiscated. Her business was forced to shut down, which caused a financial loss of over one million yuan.

Ms. Wang Haihong was released the next day but was called for a false congress meeting on August 27, 2011. She was arrested when she arrived, and was taken to the Tianhe Detention Center.

Ms. Wang Haihong's sister, Ms. Wang Haiying, had her home in Luoyang City, Hebei Province ransacked on August 21, 2010, and she was arrested. The police also confiscated goods from her store, including DVDs, ink cartridges, a computer, a printer, and jewelry. Ms. Wang Haiying was arrested. One of her neighbors witnessed that more than a dozen police officers came to her home and hauled away a truck-full of goods. She was detained in the Mangshan Detention Center in Luoyang.

In September 2010, officials from the Tianhe District Domestic Security Division and the 610 Office in Tianhe sentenced Mr. Wang Zhiqiang to one year and nine months of forced labor. He was detained in the Guangdong Huadu Forced Labor Camp. He was sent to the Dongkeng Forced Labor Camp in Baiyun District, Guangdong City in September 2011, and released in early 2012.

Ms. Wang's mother, Ms. Zhou Jinhua, was also sentenced to one year and nine months of forced labor for possessing Falun Gong books and materials. She had severe symptoms of high-blood pressure and heart disease. In October 2011, officials from the Tianhe District Domestic Security Division and the 610 Office in Tianhe sent her to the hospital for a checkup while in handcuffs and shackles. Several days later, she was sent to the Xiaodao Women's Forced Labor Camp in Guangzhou. Due to her health condition, the labor camp refused to accept her. She remained detained in the detention center.

Officials from the Luoyang City Domestic Security Division and the 610 Office in Louyang escorted her back to Luoyang by train in late November 2011. She was released on medical parole. Her forced labor term will expire on May 21, 2012.

Ms. Wang Haihong's sister, Ms. Wang Hanying, was sentenced to eighteen months of forced labor eight months after being arrested. On April 25, 2011, she was sent to the Henan Province Women's Forced Labor Camp. She was released in February 2012.

Ms. Wang and her family have been repeatedly harassed since the persecution of Falun Gong began in July 1999. On February 6, 2000, officers from the Luoyang Domestic Security Division forced Mr. Wang Zhihong and Mr. Wang Zhiqiang to renounce Falun Gong. Because they refused to do so, they were arrested and sent to the brainwashing center for two months.

In July 2011, officials from the Luoyang City Domestic Security Division ransacked Mr. Wang Zhihong's home and arrested him. He had been detained in a detention center for three months then sentenced to eighteen months of forced labor. He was detained in the Wugulu Forced Labor Camp in Luoyang. He was fired from his company during his detention

Officials from the 610 Office in Luoyang Xigong District arrested Ms. Zhou Jinhua in 2001, and detained her at the brainwashing center for two months.