(Clearwisdom.net) The 161st St. Patrick's Day Parade in San Francisco was held on March 17. One hundred and thirty-seven groups participated in the parade, and more than 100 thousand people watched it. The Western USA Divine Land Marching Band, consisting of local Falun Gong practitioners, performed in the parade, along with other Falun Gong entries, including the exercise demonstration team and a float. 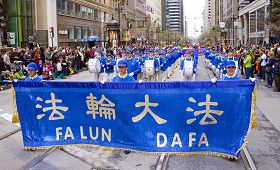 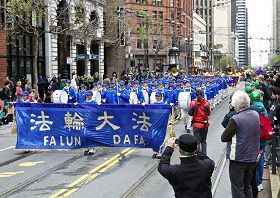 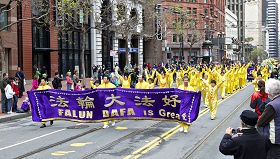 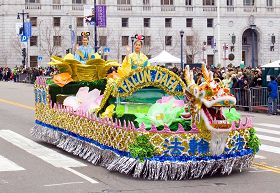 The practitioners' performances were warmly welcomed by the spectators. When they passed by the stage, the host of the parade introduced them as a Buddhism cultivation group following the teachings of Truthfulness-Compassion-Forbearance.