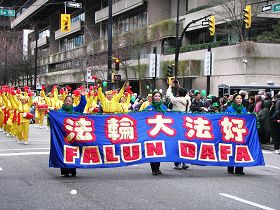 Two thousand people in 83 groups participated in the parade, and 300 thousand people watched it. A waist drum team, consisting of local Falun Gong practitioners dressed in golden costumes, marched at the end of the parade. 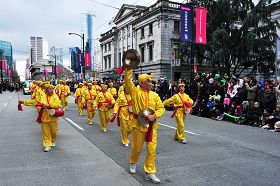 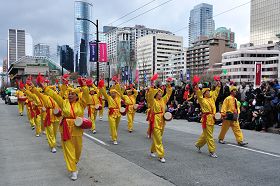 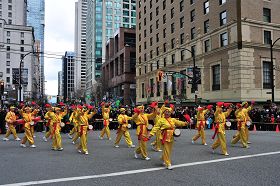 Practitioners took this chance to pass out a lot of truth-clarifying materials. Many local citizen were interested in Falun Gong. Ms. Grace, a senior citizen, took many photos of the waist drum team. She felt the strong energy field from the practitioners' performance. She was glad to see them in this parade.