(Clearwisdom.net) Shenzhen City Falun Gong practitioners Mr. Liu Jingze, Mr. Liu Xiaoguang, and Mr. Lu Chunrong were illegally arrested on June 21, 2011, and have been detained ever since. The police threatened the practitioners’ families not to expose the involved authorities and agents on the Minghui website (Chinese version of Clearwisdom), as well as not to hire defense attorneys to make not-guilty pleas in court.

Mr. Liu Jingze, 38, is from Siping City, Jilin Province, and is a registered Shenzhen resident. He is being held at the Meilinguan Detention Center in Futian District. Mr. Liu’s wife and daughter have been harassed and followed by the police. The officers never showed any identification cards and refused to reveal their names. His eight-year-old daughter had attended Huanggang Elementary School, but the school administration recently notified the family that she was no longer welcome there.

Mr. Liu Jingze was put on trial on November 25, 2011. His attorney entered a not-guilty plea in court. The judge and police officers listened to the attorney’s defense and didn’t say anything. The court didn’t reach a verdict that day and ended the trial with nothing conclusive. Mr. Liu appeared thin, weak and haggard in court. There has been no news regarding Mr. Liu after the trial. 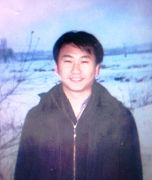 Mr. Liu Xiaoguang, 33, is being held at the Longgang Detention Center. After his parents in Heilongjiang Province learned of his arrest, they became ill due to stress and worry, and had to be hospitalized. His father has a serious heart problem and couldn’t make the long distance trip to visit Mr. Liu in the detention center. Mr. Liu Xiaoguang’s aunt traveled 2,360 miles from Heilongjiang Province to Shenzhen to visit him in the detention center. However, the detention center refused to allow her to visit and claimed that Mr. Liu will be sentenced to at least three years in prison.

The police threatened Mr. Liu Xiaoguang’s family that Mr. Liu would be punished heavily if his defense attorney was not dismissed. Mr. Liu received similar threats from authorities at the detention center, who told him not to let his family hire any attorney, or otherwise his sentence would increase by several years.

Mr. Lu Chunrong, 39, is from Nanning City, Guangxi Province. He has been held at the Caopu Detention Center since his arrest. Mr. Lu’s wife has had to stay home to take care of their parents and six-year-old child. Mr. Lu’s family was also threatened and intimidated by the police. No other information has been available about his situation.

“A Discussion About “Stems From the Mind””