(Minghui.org) When people purchase those affordable products that are “Made in China,” be it clothing, consumer goods, or holiday decorations, they probably do not know that a lot of them are made in Chinese prisons and labor camps, and that behind those products are untold stories of blood and tears.

In Liaoning Province Women's Prison, bonuses for the guards are tied to production performance. Therefore, guards in every section try their best to make Falun Gong practitioners and other prisoners work harder. The raw materials of many labor camp products are hazardous, and the work conditions are very poor. For example, when prisoners manually make cotton swabs, they may do the work without having washed their hands. They may have just visited the restroom or have contagious diseases. However, they still make toothpick bags, chopstick bags, and bread bags all day long.

Below is a partial list of labor camp products manufactured in Liaoning Province Women's Prison in recent years: 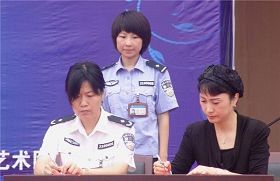 The Shenyang Longshan Forced Labor Camp detains female Falun Gong practitioners and persecutes them. The labor camp forces Falun Gong practitioners and other detainees to process export products such as candles and handmade necklaces. Every day, the detainees have to work more than 15 hours. The raw materials have pungent fumes that are toxic to humans. Even though the products are made in China, the packaging on the colorful candles made in the prison reads “Made in Thailand.” 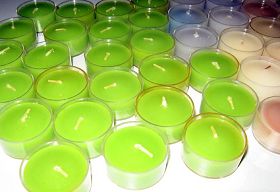 Ms. Ren Shujie was a small garment business owner in the Donghu market in Yuhong District, Shenyang City. She started practicing Falun Gong in 1998, and thus became a healthy, upright, positive, and kind person. Her customers and peers at the market all considered her to be a good person. In May 2002, Ms. Ren was arrested and sentenced to three years in a labor camp for distributing truth-clarification materials. In the Shenyang Longshan Forced Labor Camp, because she refused to renounce her belief in Falun Gong, she was severely beaten and forced to do slave labor.

In a video appearance on the Minghui website, Ms. Ren told her story: “We had to depart at 6:30 a.m. for breakfast and arrive at the labor site by 7 a.m. It's on the third floor. Each container of wax was at least 40 jin (about 44 pounds). The containers looked like beer containers. They were full of wax. Every day, we had to carry the containers up and down stairs. One day, I cried because I was so tired. I carried 40 containers of wax!

“On average, we had to work until 10:30 p.m. every day. There was no lunch break. Even if you took a break in the middle of the day, you would have to work more at night. In fact, any breaks we took, we would have to work longer to make up for them. When the hours were extended, we were not talking about 10:30 p.m. Sometimes we even stopped at midnight. This went on every day, not just one or two days. The intensity of labor remained very heavy, not to mention that we had so little time to eat that we had to stop eating even though we were still hungry. We had neither any break time nor any freedom. There was only labor, and labor only in our minds.” 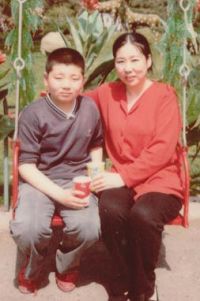 The Shenyang Zhangshi Forced Labor Camp detains male Falun Gong practitioners. The products manufactured there include combs, chopsticks, false eyelashes, cooking grids for grills, neon lightbulbs, and other items. The labor camp partners with the Shenyang Haiwei Jewelry Co., Ltd. to produce combs. The products are exported to over 10 countries including Japan, the USA, and many countries in Europe. The Haiwei Company provides raw materials and assembly. The Zhangshi Forced Labor Camp forces Falun Gong practitioners and other detainees to make the heads of combs and the packaging boxes. The fumes from the glue for the packaging boxes is hard on the respiratory system, and the other production materials are toxic to humans. 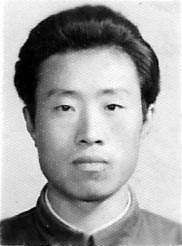 Mr. Li Xiaoyuan was an excellent mechanic at the First Mold Factory of the Shenyang Aircraft Cooperation. He was widely respected by his colleagues. However, before the 2002 Chinese New Year, he was arrested and sent to the Shenyang Zhangshi Forced Labor Camp.

There, Mr. Li experienced torture including being stripped naked, hung from an iron gate and severely beaten, shocked with electronic batons, and being frozen in an ice room. Because he persevered in his belief in Truthfulness-Compassion-Forbearance, the police therefore detained him with convicts and forced him to perform intensive slave labor.

On April 25, 2002, Mr. Li refused to take part in the forced labor. Guard Yang Shu and prisoners shocked him with 120,000-volt electric batons. He was severely beaten and deprived of sleep. The torture lasted for four days. Mr. Li was black and blue all over and his body was swollen. He could not walk on his own and had to use a special chair to go to the bathroom. During May and June, Mr. Li was secretly transferred to the Liaoning Guanshan Forced Labor Camp, where he died from abuse on November 9, 2003. He was 46 years old. 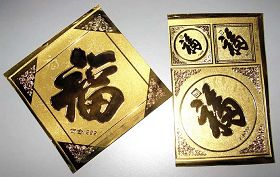 4. “Made by Slave Labor in China” – the Covered-Up Truth

The facts regarding Chinese slave labor products are covered up by the Chinese Communist Party (CCP). In 2006 in the Shenyang Shenxin Forced Labor Camp, a male prisoner's identification badge accidentally dropped into a container of final products. The ID badge displayed a photo, prisoner name, and the name of the labor camp. The badge was found before the container left the labor camp. The guards were panicked. They conducted private interrogations of the prisoners and adopted even more strict examination methods on products for export in order to cover up the truth about slave labor, notably the brutal persecution of Falun Gong practitioners.

Today, slave labor still continues. Slave labor products flow to every location in the world, thus violating international trade protocols. Such commerce also extends the persecution of Falun Gong to all levels of the global community.

We sincerely hope that the people of the free world will follow the stories of the blood and tears behind slave labor products, help end the brutal persecution of Falun Gong, protect the universal values of Truthfulness-Compassion-Forbearance, and help protect the inalienable rights of Chinese citizens to be kind and good. Such actions will also protect the innate rights of each human being.