(Minghui.org) Ms. Fengying Zhang, 62, was illegally arrested in Beijing on November 25, 2012. Her family has not seen her since. Her child has written the account below as a plea to the international community to help rescue her: 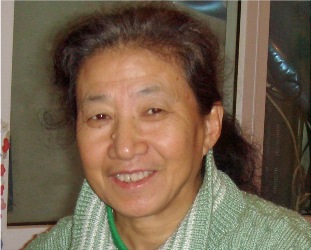 Details of the Most Recent Arrest

She was arrested by officers from the Huoying Police Station, in Changping District of Beijing, around 11 a.m., when she spoke to local residents about how much she had benefited from practicing Falun Gong.

On the afternoon of the same day, she was transferred to the Changping District Detention Center in Beijing. She was accused of the trumped-up charge “committing a crime by using an evil cult to undermine law enforcement,” according to the notice issued on November 27, 2012, by the detention center.

March 1996 – My mom began practicing Falun Gong, and her diseases such as gynecopathy, periarthritislogical disorders, frozen shoulder, cervical spondylosis, osteoarthritis and chronic gastroenteritis—from which she had suffered for many years—all disappeared soon thereafter. My mom did her best to live her life in accordance with the principles of Truthfulness-Compassion- Forbearance, as taught by Falun Gong.

July 20, 1999 – The Chinese communist regime launched a brutal persecution of Falun Gong. Beijing police intimidated and monitored my mom in an attempt to arrest her.

2000 – Police imposed pressure on her workplace, so my mom lost her job and could not find another one because no company would dare to take a Falun Gong practitioner due to the pressure from the authorities.

March 2008 – Before the Beijing Olympics, the Beijing police went to our house to arrest my mom, who was able to escape but had to become homeless again in order to avoid arrest.

November 25, 2012 – My mom was arrested and detained at the Changping District Detention Center in Beijing. Our family has not seen her since the arrest.

December 07, 2012 – A woman with surname Tian, working for the Neighborhood Committee of Longyuan, identified herself as checking lotteries and deceived my dad into opening the door. Police then rushed into the house, ransacked and searched all rooms and, without anyone's permission, illegally recorded their search.

Impact of the persecution on my family

From 2000 to 2001, my dad’s workplace withheld his salary because of my mom’s belief in Falun Gong. The neighbors were scared of associating with us, and even our relatives lost contact with us, since our family was under surveillance.

Parties involved in the persecution of my mother, Ms. Fengying Zhang: