Shen Yun Performing Arts is reviving the traditions of Classical Chinese dance, with a company of sixty dancers and a forty-piece orchestra, consisting of both western and eastern instruments. 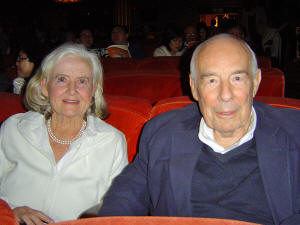 Having traveled to Asia, Robert and Barbara Conrad were excited for the opportunity to see Shen Yun right here at home. Robert, a retired traffic engineer, thought the performance was “marvelous.” “The different forms and ways of expressing things we are not use to. It's wonderful,” Barbara felt the music just took her, “into nature. The music was made by nature not people.”

Regarding the combined effect of, “...how all the parts go together so well, the wonderful backgrounds, and how they arranged the transition into the dancers,” Robert said, “It was great.”

Both Robert and Barbara agreed that Shen Yun brought them more understanding of Chinese traditional culture.

Mr. Pressnal said he was a Buddhist and a meditation teacher, and was, “...surprised by the spiritual message” in the Shen Yun Performance. “I think it confirmed my sense of China being a vast and spiritual place.” "...the battle between good and evil is not unknown," he said after seeing Shen Yun, "The divine perseveres over the negative forces in China today." 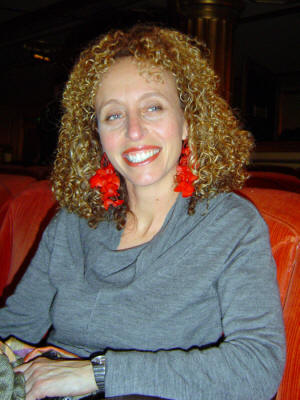 Out for a night on the town, Emanuela Angelini, a tourist and hiking guide from Italy, came to the War Memorial Opera House to experience Shen Yun. “I am totally ignorant about Chinese culture, so anything they said was new to me.” She felt the movements of the dancers were, “...very good and precise. I like the way when they move, it is perfectly timed.”

“Lessons Learned After Walking on the Wrong Path”