(Clearwisdom.net) On New Year's Eve, Falun Gong practitioners in Japan held candlelight vigils in front of the Chinese consulates in Osaka, Nagasaki, and Fukuoka, protesting the 13-year-long persecution of Falun Gong in China, and commemorating those who lost their lives in the persecution. 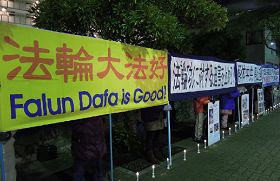 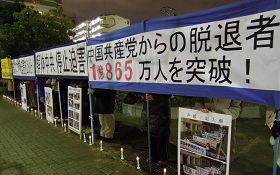 “Validating the Fa Has Become My First Thought”