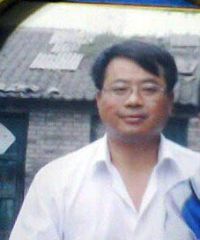 On the evening of July 25, 2010, Houma City police officers arrested Mr. Lu. Mr. Lu was tried in November and December of 2010 without a verdict. In January 2011, at the detention center, Mr. Lu was notified that he was sentenced to five years in prison. A judge said, “Lu is stubborn. His family and children shouldn't get any sympathy. He should get a heavy sentence.”

Mr. Lu was born on July 6, 1966. He is an electrical and civil engineer of the Shanxi Province No. 1 Construction Company and is a local expert in the industry. Mr. Lu was healthy and had no illness before the arrest. When his family inquired about the cause of his death, the prison authorities replied, “sudden coagulation of blood in the brain.” The surveillance video showed that Mr. Lu's situation became abnormal at around 3:15 a.m. When the prison doctor arrived at 4:20 a.m., Mr. Lu had stopped breathing.

According to the practitioners who have been incarcerated in Jinzhong Prison, the prison authorities deliberately designated inmates who are wicked and merciless to monitor and torture Falun Gong practitioners. The guards said publicly that those inmates should “manage bravely” and “the guard will take responsibility if anything happens.” The main methods of torture included: 1. brutal brainwashing, monitoring around the clock, verbal abuse, forced labor; 2. solitary confinement, being locked in a strictly managed ward indefinitely, long-term standing or sitting, beatings, deprivation of sleep, shackling and handcuffing. Some practitioners were forced to sit straight for as long as eight months, and they were beaten, kicked, and slapped on their faces. Some were forced to stand for a long period of time, with the tips of the feet, stomach and the end of the noses touching a wall. Some lost consciousness. Some started hunger strikes to protest the cruel punishment and were force-fed.

At least four practitioners have been killed from torture here, including Mr. Liu Zhibin. Mr. Liu was from Xiguan Village, Wuling Town, Lingqiu County, Shanxi Province. He was tortured to death on July 20, 2004. Mr. Wang Zhigang was severely beaten many times. His right eye lost sight and left eye blurred, and he became almost blind.