(Clearwisdom.net) Mr. Lin Decai, his wife Zhang Quancui, and his mother-in-law Ma Yixian are Falun Gong practitioners from Chongqing. They were sentenced to a forced labor camp for a second time during the 2008 Olympics Games. They were eventually released, but the local 610 Office recently attempted to arrest them and take them to the Jiulongpo District Brainwashing Center, causing Mr. Lin and his mother-in-law Ma Yixian to stay away from their hometown in order to avoid further persecution. Mr. Lin's wife Zhang Quancui was arrested and taken to the brainwashing center.

Mr. Lin, 37, was an employee of Chongqing Construction Industry Co., Ltd. He was subjected to forced labor for a second time during the 2008 Olympics Games, and was severely tortured physically and mentally. After he was released from the labor camp in March 2010, Wei Qun, the Party secretary of his employer, unlawfully dismissed him and embezzled his dismissal wage of nearly 20,000 yuan. In early November 2011, officials from the Xiejiawan Administration Office and 610 Office went to his new workplace and attempted to arrest him and take him to the Jiulongpo District Brainwashing Center. He ended up having to leave to avoid further persecution. In addition, the officials coerced his new employer to deprive him of two months of wages, which amonted to several thousand yuan.

Ms. Ma was also sent to a forced labor camp for a second time during the 2008 Olympics Games, and she suffered harsh torture until August 2010, when she was released. She had no job, no retirement pension, or any other income. Although she was eligible for a subsidy for minimum living, officials of the Xiejiawan Administration Office and 610 Office didn’t process her application and threatened her, trying to coerce her to write a guarantee statement. In late September 2011, officers from the Xiejiawan Administration Office, Xiejiawan Police Station, and 610 Office went to her home and attempted to arrest and take her to the Jiulongpo District Brainwashing Center. As a result, she too had to leave home to avoid further persecution.

Ms. Zhang was also sentenced to forced labor for a second time during the 2008 Olympics Games. Because all her family members were arrested and there was nobody to take care of her four-year-old daughter, she was allowed to serve the sentence outside of prison. In late July 2011, officials from the Xiejiawan Administration Office, Xiejiawan Police Station, and 610 Office arrested her on her way to work and took her to the Jiulongpo District Brainwashing Center. She was physically restrained and subjected to severe mental torture. 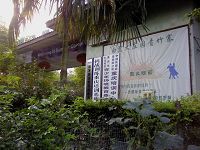 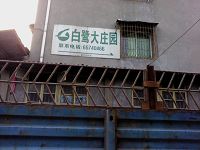 This family has suffered harsh persecution physically, mentally, and financially for quite a long time by the Chinese Communist regime. As a result of the persecution, their child was left without care at times and has suffered serious emotional trauma.

“I, Too, Would Like to Become a Fa-Rectification Period Dafa Disciple”