(Clearwisdom.net) I recently studied Master's “What is a Dafa Disciple” ("Fa Teaching Given at the 2011 New York Fa Conference"), and I was deeply moved. I realized I had not been diligent enough in the past, as sometimes I would fall asleep when studying the Fa, practicing the exercises, and when sending forth righteous thoughts. I was not diligent in doing the three things well as I was busy taking care of my daily life and holding on to my attachments for long periods of time. I knew it was not good cultivation, but still I was reluctant to let go. I deeply regret that I let down Teacher Li, fellow practitioners and sentient beings. After reading the new scripture I sincerely hope that fellow practitioners who have the same problems as I will seize this long awaited opportunity of a lifetime and do the three things well as Fa rectification Dafa disciples.

As a matter of fact, it was not easy for each and every one of us to obtain the Fa. For this opportunity we may have waited millions of years. In order for us to obtain the Fa, Master had to find each and every one of us again. For example, a fellow practitioner from Tongzhou, Beijing, was eating in a restaurant when someone gave him a copy of Zhuan Falun. At home he opened the book and on the inside cover he saw the picture of Teacher Li—the same person in the restaurant who had given him the book.

An elderly gentleman in his 70s had practiced a number of qigong practices with very little effect. He was wondering what to learn next when a seven or eight-year-old boy in his neighborhood told him, “There is an advanced qigong class in Guangzhou so don’t delay, as this opportunity is hard to come by.” The boy was never seen again and this gentleman attended the class in December 1994, when Teacher Li taught his last series of lectures in Mainland China.

The wife and daughter of a stubborn man told him how wonderful Dafa was, but when they asked him to learn it he replied, “When the hen lays an egg with a handle, that is the day I will learn Dafa.” The next day, when their hen did lay an egg with a handle, he began practicing Dafa. In those early days of Master teaching the Fa, there were many such miracles. 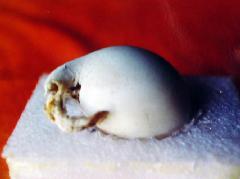 We all have predestined opportunities to obtain the Fa of the universe, but do we really deeply cherish them? Fellow practitioners often asked me to complete our truth clarification work first, but I did the opposite. I always insisted on finishing my everyday business first before doing the three things well. After a while the old forces took advantage of my attachments and they made sure I had endless things to do. The evil wanted to keep me from learning the Fa, so I wouldn’t improve and elevate in the Fa. I was stuck in long-term tribulations and was not able to catch up to the accelerating pace of Fa rectification.

“This Dafa of the universe that I teach today is also the greatest opportunity mankind has been given, since cultivation with such an immense Fa was certainly unimaginable in the past. You can now obtain the Fa, you can listen to me teaching you the Fa in person, and moreover, you are linked to this matter of Fa-rectification—you haven’t yet realized the significance of this! Sometimes some students fail to be diligent, in which case they are being irresponsible to themselves! They are human beings after all, have human thoughts, and can’t realize this, so they can only be as they are. In fact, all of this is beyond words, and in the future you will know how fortunate you are!” (“Teaching the Fa at the Western U.S. Fa Conference”)

“You are Dafa disciples, and countless beings above, beings simply limitless in number, envy you. If today I were to offer any high-level god, no matter his greatness, the chance to come and be a Dafa disciple, he would leap at the opportunity in a split second—the instant my words reached him he would come. He would be simply elated, for everyone who is aware knows that this way he could not only save himself, but also the countless sentient beings of his world. That is simply the most extraordinary thing in the future cosmos.” (“What is a Dafa Disciple”)

We should no longer be foggy-headed, as the time left for us is limited.

“Opportunity knocks but once. Once the illusion that you cannot let go of disappears, you will realize what you have lost.” (“Practicing Cultivation After Retirement” from Essentials for Further Advancement)

Cultivation is a serious matter, and particularly during this last leg of our journey we should not slack off. Any attachment will prevent us from achieving consummation. Let us focus our thoughts, words, and deeds on the basis of the Fa, and walk well the final stretch on the path of our cultivation. Be a TRUE Fa rectification period Dafa disciple.

As this is my understanding, please kindly point out shortcomings.