(Clearwisdom.net) Mr. Wang Gang was arrested by the Zhuozhou Police Department on July 22, 2002 for practicing Falun Gong, and was subjected to several forms of brutal mistreatment during his detention. He was sentenced to ten years of imprisonment in January, 2004, and then taken to Baoding Prison, Hebei Province on January 13, 2004. Due to the inhuman mistreatment from prison guards, Mr. Wang developed gangrene in his legs, other body tissue and blood vessels. The prison authorities ordered an amputation on May 30, 2005, but prevented his family from being informed. Mr. Wang was transferred to Jidong Prison in Tangshan on June 21, 2007. He was in critical condition and released on bail for medical treatment on October 14, 2009. Mr. Wang Gang died on October 31 2009 at the age of 41. He left behind his wife and two young children. 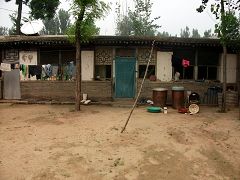 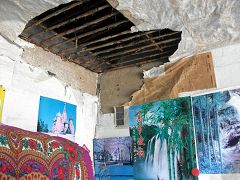 Mr. Wang Gang's wife Ms. Ren Guifang employed a lawyer from Beijing to represent her and submitted a "Claim for State Compensation (Criminal Compensation) Application" to Jidong Prison in Tangshan, and Baoding Prison in Hebei on December 15, 2010. The application requested compensation for her husband’s death as well as an investigation into the criminal irresponsibility of the personnel involved in his death.

Two months later, officials from the two prisons denied responsibility for any criminal acts. Tangshan Prison made a decision “Not to compensate” Ms. Ren on February 23, 2011, and Baoding Prison made the same decision on March 4, 2011. Ms. Ren refused to accept the decisions made by both prisons and submitted a written appeal to the Hebei Provincial Prison Management Bureau, requesting that the two prisons withdraw their “No compensation” decisions. The bureau replied after a three month, so-called investigation on July 4, 2011, and maintained the two prisons' decisions of “No compensation.”

The Events Leading to Mr. Wang Gang's Amputation and Death

Five or six officials from the Yihezhuang Police Station and Yihezhuang Township Government broke into Mr. Wang's home on July 22, 2002 and took him to the Zhuozhou Detention Center. Officers from the Domestic Security Division of the Zhuozhou Police Department and the 610 Office tortured him at the detention center for six months. Mr. Wang was sentenced to ten years of imprisonment in January 2004, and then transferred to Baoding Prison.

Mr. Wang was placed in a solitary confinement cell in the prison on May 19, 2005. Prison chief Gao Ying personally conducted his torture. Mr. Wang was tied to a bed welded with three metal bars. His hands and feet were shackled to the bed. There was a huge belt around his waist. He was forbidden from speaking for the ten days he was held in solitary confinement, and was given very little water.

At around 4:00 a.m. on May 27, 2005, Fan Jianli and Ran Lin from the Prison Affairs Section visited the confinement cell. Fan Jianli said, "Who allowed you to have a blanket under you?" He kicked Mr. Wang's right leg and pulled the blanket out from under him. Fan Jianli kicked him again and demanded that he go to the monitoring room. Mr. Wang said that his legs were in pain, and he that he couldn't walk. Fan then ordered guards to drag Mr. Wang to just outside the monitoring room and demanded that he go in without help. He crawled inside the room; Fan Jianli then kicked him on the ground and ordered him to leave the room. Mr. Wang was forced to go in and out of the room three times. When Fan Jianli beat Mr. Wang, he broke the blood vessels on the inner side of his left leg. The heavily bruised, ruptured blood vessels went unnoticed that night.

Mr. Wang told the other prison guards about his torture. On May 28, 2005, a physical exam revealed that Mr. Wang had developed gangrene in his leg bones, other body tissue and blood vessels. Without notifying his family, prison chief Gao Ying then forced Mr. Wang to undergo leg amputation surgery, at the high thigh level. He didn't release Mr. Wang, nor was his family permitted to visit him.

His wife Ms. Ren Guifang traveled far to Baoding to visit her husband, and requested that the prison officials release him on bail for medical treatment. However, the prison officials provided several excuses, rejecting her request. She then requested that the prison authorities allow Mr. Wang to be viewed in front of his relatives, to prove that he hadn't suffered from an amputation. The prison officials refused to provide this opportunity. Wang Zhigang of the No. 4 Ward said that Mr. Wang shouted “Falun Dafa is good” three times a day. Since he refused to renounce Falun Gong, he wasn't allowed to see his family.

Baoding Prison blocked news reports of the amputation, and refused visitation rights for Mr. Wang's family, then secretly transferred him to the No. 4 Division of Jidong Prison, Tangshan. Jidong Prison guards continued to force Mr. Wang to give up Falun Gong, and tied him and handcuffed him to a bed for two weeks. They also took away his crutches for over three months.

Mr. Wang was physically injured and mentally affected from the brutal mistreatment over the years. Prison authorities observed the deterioration of Mr. Wang's health, and finally agreed to release him on bail for medical treatment. However, local Chinese Communist Party (CCP) officials were afraid that Mr. Wang would sue them after returning home, so they refused to release him.

In May 2009, Tangshan Prison officials sent Mr. Wang back home in critical condition. Gao Jian, Zhuozhou 610 Office director called township officials and police station officers, with orders to refuse to accept Mr. Wang Gang for the second time. The prison officials threw Mr. Wang out of the car and left hurriedly. The government officials rode motorized bikes to chase and stop them. Subsequently, Mr. Wang, on the verge of death, was taken back to the prison. Mr. Wang was eventually released on bail for medical treatment on October 14, 2009, but died 18 days later.

“After Being Imprisoned for Eight Years, I Am Still Being Harassed by the Authorities”