Woman in Her 60's Arrested and Brainwashed, Authorities Extort Money from Her (Pictures)

(Clearwisdom.net) At around 5 or 6 a.m. on June 27, 2011, Ms. Xu Jianxin was arrested at home by 610 Office agents in Shandong's Weifang City and taken to the "Rule of Law Training Center," actually a brainwashing center, located in Industrial Management Cadres Intermediate Professional School at Xinhua Road. There, as with many other practitioners in the brainwashing center, she had a large amount of money extorted from her.

Ms. Xu Jianxin conducts herself according to the principles Falun Gong, Truthfulness-Compassion-Forbearance. After the Wenchuan earthquake in 2008, even though Ms. Xu is far from wealthy, she donated to the earthquake-hit region. Yet such a good person is being persecuted. In 1999 and 2000, she traveled to Beijing twice to appeal for Falun Gong and was taken to the Weifang Government's Liaison Office in Beijing, transferred to a cardboard box factory and imprisoned there for several days. The police and factory managers did not care that she had to take care of her children and extorted approximately 10,000 yuan from her.

Ms. Xu's husband was not initially a Falun Gong practitioner. Perhaps out of anguish and anger about how the police persecuted his wife, he put up a truth-clarification poster on the street. Solely because of this poster, in spring of 2008, he was seized by the police. The police rushed into his home and stole Falun Gong books as well as other personal belongings. He was sentenced to forced labor and taken to Wangcun Labor Camp in Zibo City, in Shandong Province. Due to the psychological and physical torture, Ms. Xu's husband's brain started to bleed, he fainted very often, and could barely move his arms and legs. He could not walk and was taken to the hospital many times and forced to spend tens of thousands of yuan in medical fees. His children had to take care of him in the hospital day and night.

In early June, the Weifang City 610 Office held a city-wide community association conference, and ordered everyone to report the names of Falun Gong practitioners. As early as as 2009 and 2010, Zhucheng, Weifang, and other 610 Offices were using community associations to threaten and deceive kindhearted Falun Gong practitioners into signing forms, getting their photographs taken, fingerprinting, and filling out forms. With all the practitioners' addresses, phone numbers, and personal information updated, the police could then arrest them in secret.

On the morning of June 27, 2011, Weifang City 610 Office began arresting those on the list. Ms. Xu was arrested, not because of what she did, but simply because she was on the blacklist.

After Ms. Xu's husband was released, they spent a great deal of money on expensive drugs to help Ms. Xu recover. He stayed by Ms. Xu's side all day long and took care of her. Whenever he did not see her, he would cry. Ms. Xu's father, who is approximately 80 years old, also lives at Ms. Xu's place and cannot take care of herself. Ms. Xu takes care of him. Yet Ms. Xu has now been arrested. It is a disaster for the entire family. 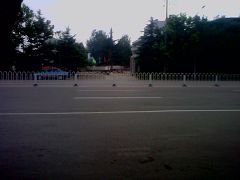 The brainwashing center from afar 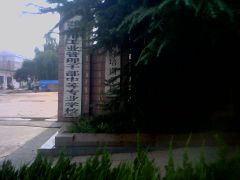 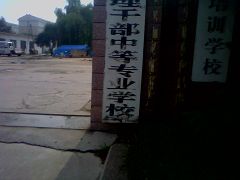 In addition to mental brainwashing, another main feature of the brainwashing center is to extort money. Practitioners imprisoned here are typically those who are employed and deemed “extort-able” by the 610 Office, or those who were taken to detention centers and refused to pay fines to the police. The police would transfer them to the center and demand thousands or tens of thousands of yuan in brainwashing fees and living expenses. One of the main goals of the brainwashing center is to make practitioners give their money and even thank the Party for asking for their money.

Practitioners who resist or are being physically interrogated are handcuffed to chairs and metal heating pipes.

The brainwashing center in an educational institution. Two signs display "Weifang City Industrial Management Cadres Intermediate Professional School" and "Kuiwen District Education and Training School." To the public, it is known as the "Rule of Law Training Center."

To the north of the brainwashing center is a row of houses. Falun Gong practitioners are held here. There are metal bars on the windows, similar to those used in zoos to keep animals in. Every room is barred shut. One corridor was used by many rooms to the main door, which was closed off by a second set of metal bars. Barbed wire surrounds the walls around the school, and there are guards at the gate. At the main gate, a third set of red metal doors separate it from the outside, which is further guarded by a fourth set of doors and guards at the entrance to the Weifang City Industrial Management Cadres Intermediate Professional School.

To the south is a row of houses used by 610 Office agents as their office and TV room, where they broadcast videos to defame Falun Gong and brainwash practitioners. At the southwestern corner is a very unsanitary pit toilet. It is reported that there are approximately 15 Falun Gong practitioners, including Ms. Xu, imprisoned here.

“Ms. Mu Meishu Arrested in Beijing and Taken Back to Qingdao”