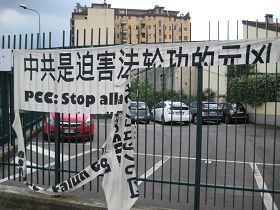 “Treat Practitioners Who Fall Behind with Righteous Thoughts”

“Grabbing Every Unrighteous Thought and Digging Out Hidden Attachments”