(Clearwisdom.net) Practitioners in Harbin City, Heilongjiang Province used to perform the exercises outdoors to promote Falun Gong. This was before the persecution began in July 1999. 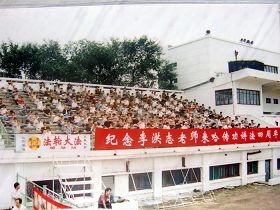 The red banner in the photo reads: Celebrating the Fourth Anniversary of Teacher Li Hongzhi Giving Fa Lectures in Harbin 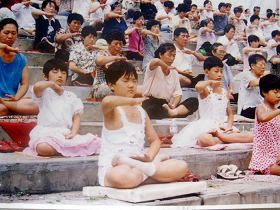 Young children who have grown into practitioners today. 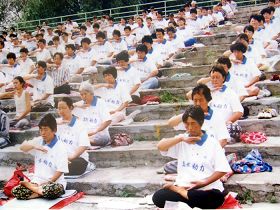 Practitioners wearing T-shirts with their factory name practice the exercises. 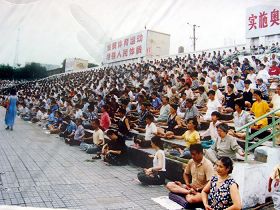 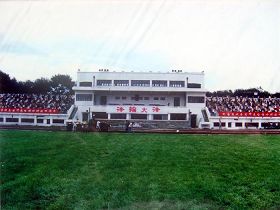 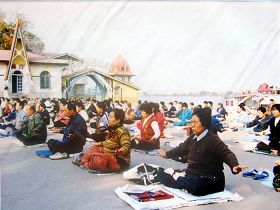 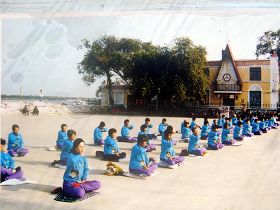 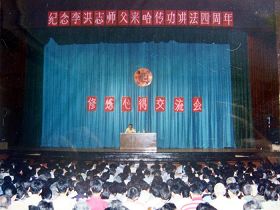 At an Experience Sharing Conference commemorating the fourth anniversary of Teacher coming to Harbin and giving Fa lectures. 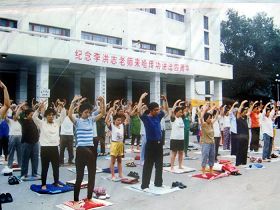 The banner in the back reads: “Commemorating the fourth anniversary of Teacher coming To Harbin and giving Fa lectures” 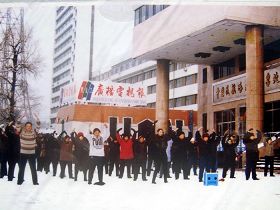 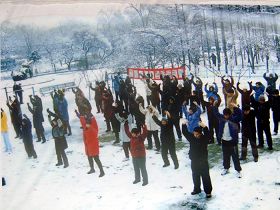 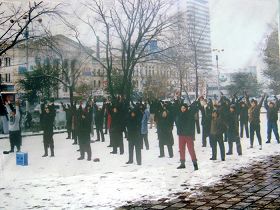 Practitioners keeping up with group practice during the winter. 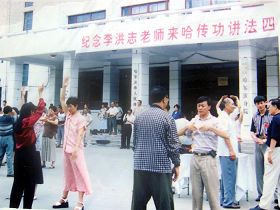 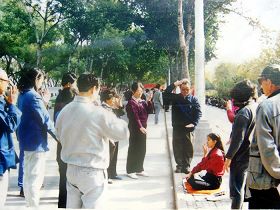