(Clearwisdom.net) In June 2010, Falun Gong Practitioner Ms. Zhang Ying was illegally sentenced to two years and six months imprisonment by officials of the Changning District 610 Office and the Shanghai court. She is currently imprisoned in Section No. 1 of Division No. 5, Songjiang Women's Prison in Shanghai, where she is being brutally tortured.

In November 2010, Ms. Zhang was beaten and verbally abused by four inmates, who shared the same cell with her. When four inmates together attacked her, she was forced to defend herself and overturned a table in the cell. Soon after the attack, she asked the guards to review the surveillance video, which was installed in the cell, and to punish those who attacked her. Cao Chunhua, the director of the prison's political section, and Wang, the director of the education section, only conducted a perfunctory talk with Ms. Zhang around mid-December.

At the beginning of February 2011 when Ms. Zhang's aunt, who lives in Canada, learned that she had been beaten, she wrote to Chief Kan Chunfang of the Shanghai Women's Prison. She requested information about her niece and gave Kan her Canadian address and asked that he reply in a formal letter. So far, Ms. Zhang's aunt hasn't received a response. She had also mailed a letter to Ms. Zhang, but Lu Hui, the guard in charge of mail, told her that no one was allowed to read letters mailed from abroad. At the end of February Ms. Zhang's family members visited her, and she told them that the inmates who had beaten her were already gone and that the guards had made a new regulation ordering her not to tell her family the names of the four inmates.

Currently, guards Hou Liqin, Zhou Lijuan, Shi Lei, and others in the division No. 5, are continuing to use other methods to abuse Ms. Zhang. 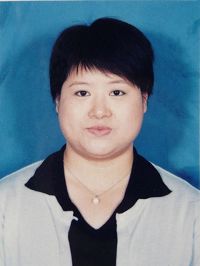 How the guards have been abusing Ms. Zhang:

In order to protest this ill-treatment, Ms. Zhang wrote to the prison chief and told her that the guards in the division No. 5 violated the Regulations of the People's Republic of China on Prison. The guards have agreed that Ms. Zhang no longer needs to apply for permission to take a shower, but the four other restrictions still apply.

Ms. Zhang needs help just to walk. She has been diagnosed with high blood pressure and heart problems, but the guards still force her to work. If she refuses, she will be locked in a solitary cell and put in handcuffs. Ms. Zhang is facing further abuse.

More information about Ms. Zhang Ying can be found at 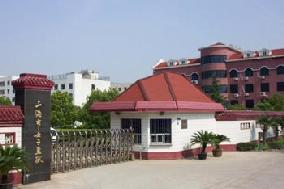 The Main Entrance of Songjiang Women's Prison in Shanghai

“Discovering My Deficiencies Through Clarifying the Truth”

“Physician: “Falun Gong Is So Wonderful!””