(Clearwisdom.net) Mr. Gu Yunpeng from Zhaodong, Heilongjiang Province was sentenced to a five-year prison term and is currently in Hulan Prison. On February 9, 2011, Mr. Gu was placed in a solitary confinement cell and shackled to a ring fixed to the ground. He was emaciated when he was released from solitary confinement in mid-March. With no regard for his poor health, the perpetrators tortured him on a death bed.

Mr. Gu sent emails to colleagues in 2003, exposing the persecution of Falun Gong. Someone reported him to the authorities, resulting in his arrest by the Pingfang District police. Pingfang District Court officials then gave him a three-year sentence, and he was fired by the Hafei Automobile Industry Group Co. Ltd.

Mr. Gu was arrested again in February 2009. At the Daowai District Detention Center, the guards tortured him, forcing him to drink water from the toilet, and injecting mustard oil into his nose and mouth while hanging him upside down. They connected his handcuffs to the shackles on his feet. On June 16, 2009, Daowai District Court officials sentenced Mr. Gu to five years of imprisonment. 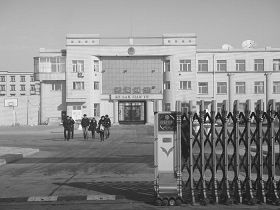 “Solidly Cultivating the Heart is the Most Important”