(Clearwisdom.net) Falun Gong practitioner Ms. Xu Xianzi passed away on October 4, 2007, due to long-term persecution by the Chinese Communist Party (CCP). Ms. Xu Xianzi, about 70, was a Korean ethnic minority in Yanji City, and worked as an associate professor in Yanbian University’s English Department. Prior to practicing Falun Gong, she had a difficult life. Her father died when she was a child and she struggled after her mother remarried. Upon growing up, she didn't have a happy married life. After her eldest daughter died from illness, she developed a mental disorder and even contemplated suicide.

In August 1994, she attended a Falun Dafa class held in Yanji. From Teacher’s lectures, she began to understand the meaning of life and gained the courage to live on. She has since followed the principles of Truthfulness-Compassion-Forbearance as her guide in life. She tried hard to cultivate away her attachments of fighting and getting angry with others, and other notions. Her colleagues saw the huge physical and psychological changes in her, and as a result some began Falun Dafa cultivation themselves. 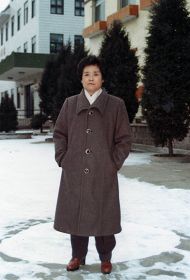 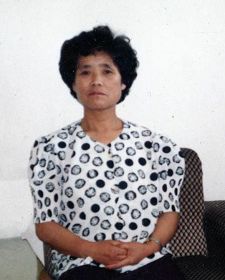 Because Ms. Xu Xianzi persisted in practicing Falun Gong, the CCP in Yanbian denounced her in a large group meeting and she was expelled from the party. In February 2000, she went to Beijing to appeal for Dafa and was arrested and sent back to the Yanji City Detention Center by police officer Song Zhekui, the party secretary of Yanbian University, and security staff. They detained her illegally for fifteen days.

The police subsequently often went to her home to harass her family, ransack her home, and keep surveillance on her. They sent her to a brainwashing center and forced labor camp to persecute her. Even after her retirement, in order to “transform” her, the leaders at Yanbian University often went to her home to harass her. Provincial officials sent people to live in her home in an attempt to “transform” her. Especially on the “sensitive days,” they would come to harass and intimidate her.

Under such long-term persecution, Xu Xianzi had great difficulty in managing her daily life. She became depressed, fell ill, and died on October 4, 2007.