Seattle Community Takes in the Beauty of Shen Yun (Photos) 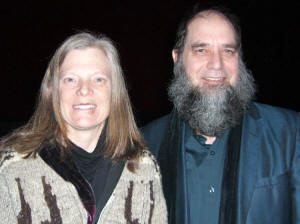 Theater producer Annie Jamison and musician Stuart Williams were in the audience. They marveled at the beauty of the dancing and music, “Together it’s a very powerful combination, the dancing, the music together,” Mr. Williams said. Whereas Ms. Jamison was most impressed by the choreography and technical aspects of the show saying, “The choreography is just so full of life” and it had “the highest level of production, in terms of music and dance and lighting, and the sound, it's just fantastic.” 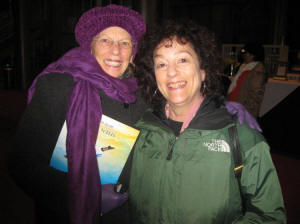 Another who was also in the performing arts field was Candace Jacobsen, a former dancer with Joffrey Ballet in San Francisco. She too was impressed by the level of the dancers, “Their training is astonishing, and it's very thought-provoking with the message that they bring to us,” adding that the dancers are "amazingly trained." But she and her friend were also impressed by the ingenious way that history is brought to life: “It was an astonishing trip through history, … better than our textbooks!” Ms. Jacobsen added. 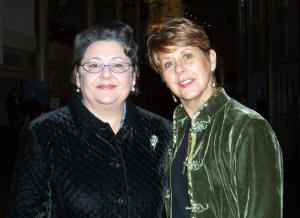 Art educator Victoria Scarlett said she liked seeing the different periods from Chinese history. “I like seeing the connection to spirituality and religion, and contemporary issues. I thought that was very good.” Ms. Jonas enjoyed the orchestra. “I thought it was fabulous. Because we were seeing the mixture of the Eastern and Western instruments—very, very good,” she said. By the end of the show Ms. Jonas said that she left feeling very inspired.

Ms. Echo Liu was articulate about her experience of the show. She was visiting from mainland China and explained, “We didn’t get a chance to see it [in China], so this is really a precious chance for us to watch it. It’s really great,” Ms. Liu said. She said the show had deep and meaningful content. “I think it passes on great information and messages. Like what has already been shown in the first part of the show—Truthfulness, Compassion, Tolerance.” Ms. Liu said what was truly great about the show was to see “the perseverance and insistence for people to hold on to their belief.”