(Clearwisdom.net) The 2010 Taipei International Flora Exposition began on November 6, 2010, and will end on April 25, 2011. Thousands of people have come to it every day. Local practitioners took this chance to introduce Falun Dafa and clarify the truth. They obtained permission to perform three times on weekends. Practitioners sang songs, played traditional instruments and danced. They also passed out Falun Dafa music CDs to the audience. 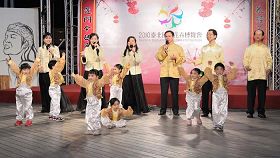 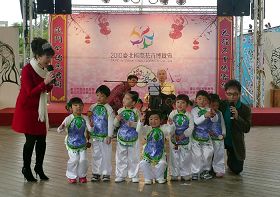 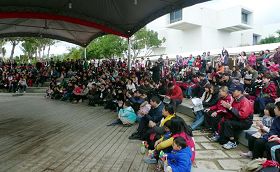 People are attracted to the performance. 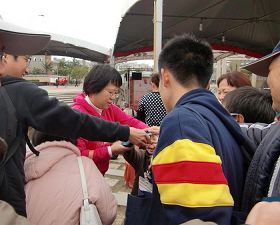 One lady has come to many shows during the exposition. She found that Falun Gong performances are different than other shows. “Their smiles are so sincere,” she said. Many people expressed that the young practitioners' dancing was attractive. All of them are younger than 5.

“A Woman in Her Fifties Masters Computer Skills to Support Others”