(Clearwisdom.net) Falun Gong practitioner Ms. Zheng Xiuqin had become homeless in order to avoid ongoing police harassment and arrest. When the police found Ms. Zheng and arrested her, they vowed to never release her. Ms. Zheng's daughter and brother were worried about her, so they insisted on coming along to the police station. Now their whereabouts are unknown. 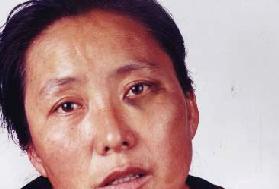 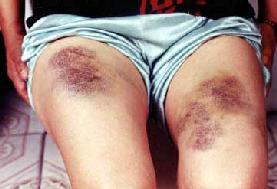 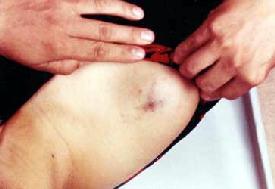 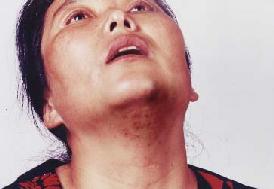 In September 2005, Zheng Xiuqin was interrogated and injured during torture by police from Dunhua City

On July 19, 2010, at around 4 p.m., Ms. Zheng Xiuqin was talking to people about Falun Gong in the Jinxue Street neighborhood. She was arrested by plainclothes police from the 110 Bureau, who were monitoring her. Ms. Zheng is being detained at the Beida Detention Center. The authorities first said that they would detain her for 15 days, but they have not yet released her. Ms. Zheng went on a hunger strike in protest of the illegal detention.

Zheng Xiuqin is an outstanding employee and well liked. After she was arrested, her boss tried to secure her release, but was unsuccessful.

On July 27, Ms. Zheng's relatives went to visit her after she had been on a hunger strike for days. They were heartbroken when they saw her condition, and wanted to have her released so she would be able to eat. Then, six police officers arrived and took Ms. Zheng with them in a police vehicle. They claimed that they would take her to a hospital. When her relatives protested and tried to go with them, they pushed one relative out of the vehicle. Ms. Zheng's daughter and brother insisted on going with her and the three of them have not been heard from since.

Ms. Zheng has been arrested and tortured before. On August 31, 2005, when she and another practitioner were talking to people about Falun Gong, a taxi driver reported them to police. Police from Dunhua City arrested the two practitioners. They interrogated and tortured them, causing severe injuries. They eventually released them to avoid responsibility for their actions. Ms. Zheng was later forced to become homeless to avoid further persecution.

“APAC President: "Rarely Do You See This Kind of Talent" (Photos)”