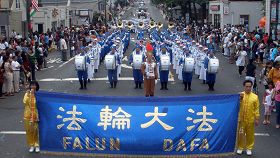 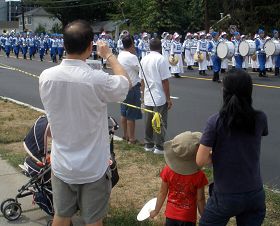 Mr. Kaushal, one of the organizers of the parade, commented that they had invited the Divine Land Marching Band last year too. "We like the band. Their performances are wonderful," he said.

Ms. Zhu, the contact person of the band, said that most people living in Edison are Indian or Chinese Americans. The Indian communities, who were in charge of the parade, know about Falun Gong and are very supportive. They like the Divine Land Marching Band. "Falun Gong practitioners would like to take this chance to spread information about Falun Gong and let more people know about it," she said.