(Clearwisdom.net) Practitioners in Japan participated in the 15th Summer Festival held on July 25, 2010, in Inazawa Park in the city of Inazawa in Japan's Aichi Province. 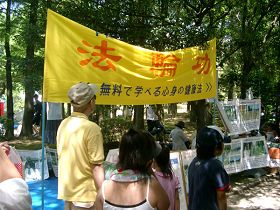 Falun Gong practitioners set up a display at the Summer Festival in Inazawa, Japan 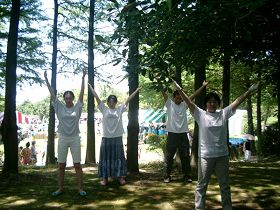 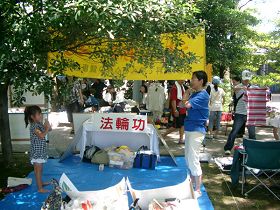 In the afternoon, two men in their 20s from Changchun, China passed by the Falun Gong display. A practitioner greeted them and told them about the persecution in China. They learned about the evil nature of the persecution and renounced their memberships in the communist Young Pioneers organization on the spot.