After Being Illegally Incarcerated for Eight Years, Mr. Lei Jingxiong Is Detained in Duyun Prison in Guizhou Province (Photo)

(Clearwisdom.net) Mr. Lei Jingxiong's family was notified in 2010 by Duyun Prison in Guizhou Province that Mr. Lei had been sentenced to eight years imprisonment. On January 14, 2010, he was taken to a prison. 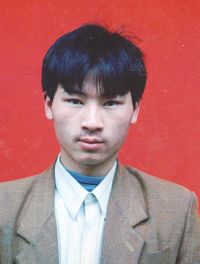 Xishui County Police Station officers in Guizhou Province arrested Mr. Lei on June 28, 2009. Then they mailed an arrest warrant with no signature on it to Mr. Lei's family.

Mr. Lei's father wrote a letter to Xishui County Police Bureau. Because he received only very limited education, all he could write was three sentences, that being: "Falun Dafa is wonderful;" "Hurry up and quit the CCP (Chinese Communist Party) and its affiliated organizations as soon as possible;" and "If you are willing to quit the CCP, please get in touch with me." His phone number and signature were in the letter.

Xishui County Police Station personnel refused to let Mr. Lei's family visit him and even claimed that they would go to Mr. Lei's father's home to arrest him. When his father went to talk to Binzhou 610 Office staff, they said that it was not their business and told him to talk to the Domestic Security Brigade. When he went to Binzhou Domestic Security Brigade, they told him to talk to the county. After he went to the county, the county police told him that because the case involved Falun Gong, they couldn't do anything about it. They added, "You even wrote a letter to Guizhou Province, saying that Falun Dafa was good, so there is no way Mr. Lei's family can see him."

A few unidentified local villagers went to look for practitioners not long ago. Those in the village all knew the facts about Falun Gong, so no matter whom they asked, none of them responded. In the end, they had to leave.

Mr. Lei was born into a farmer's family in Shitang Village, Shiqiao Township, Jiahe County, Hunan Province. He was honest, diligent, and intelligent. For example, there was a well in the village. Mr. Lei voluntarily kept it clean since the time he was a primary school student, when normally the village had to pay for this service.

As a result of the persecution, Mr. Lei had to drop out of school. He couldn't be admitted to the university either. Because of his good reputation locally, he was offered multiple apprenticeships. However, because of the persecution, none of them progressed. At one point, he was almost cremated alive, which resulted in his disfigurement and caused him to be unable to find a job. As soon as he sat up in bed in Changsha Center Hospital and saw his mother wailing, grief-stricken, he smiled and said to her, "Don't cry, I'm doing just fine." Even the police officers present were moved by what he said.

“Gao Shunqin Arrested on Her Way to Work in Wuhan City”