(Clearwisdom.net) During the past eleven years of persecution, the Chinese Communist Party (CCP) has used all kinds of methods to force practitioners to give up their beliefs. The most heinous tactic is the use of toxic drugs. In Tangshan City, detained Falun Gong practitioners were sent to Ankang Hospital (a mental hospital where Falun Gong practitioners are systematically abused) and injected with drugs that damage nerve tissue.

According to sources from inside China, all Falun Gong practitioners sent to Ankang Hospital were injected with toxic drugs. There are a variety of toxic drugs being used, and the aftereffects of the injection differ from person to person. Ms. Ni Yingqin suffered a stroke and was very sick for three years. She passed away on December 8, 2009. Ms. Liang Zhiqin was injected twice, and is now extremely thin. Ms. Shao Liyan suffered a mental collapse. Ms. Shang Shiying, currently in Fengnan Detention Center, was also injected with unknown drugs, which left her in great pain. She was disoriented and unable to move her eyes or tongue after the injection. Ms. Liang Shufen suffered a mental breakdown, while Ms. Li Fengzhen lost her memory.

1. Ms. Ni Yingqin Dies as a Result of Persecution 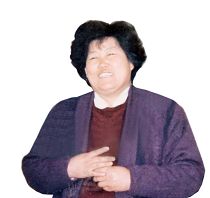 Ms. Ni Yingqin is from the Kaiping District. She went to Beijing to appeal for justice for Falun Gong on August 22, 2000. She was taken away and admitted to the Kanshan First Detention Center, where she was shackled and forced to run outside, was in solitary confinement for a long time, was shocked with electric batons, and was force-fed. After she was taken to Ankang Hospital and given injections of unknown drugs, she could not walk anymore or grasp anything with her fingers. She had severe neurological seizures and heart problems.

Ms. Ni was tortured in the detention center for almost a year. Then she was transferred to Kaiping Forced Labor Camp. After returning home from the labor camp, Ms. Ni was constantly harassed by agents from the Kaiping Police Station and the Kaiping Community Administration Office. Later she suffered a stroke and was very sick for three years. She passed away at the age of 61on December 8, 2009.

In the fall of 2000, Ms. Liang Zhiqin and several others were taken to the Tangshan City Ankang Hospital because they refused to give up their belief in Falun Gong. They were injected with toxic drugs. Ms. Liang Zhiqin suffered the most. She was twice injected.

The first injection immediately knocked her unconscious. Acute cardiac problems followed, with intense chest pain in the middle of the night. Ms. Liang recalled, "I was awakened in the middle of the night by sharp chest pain. My own groans from the pain were very disturbing. Two criminal inmates pinned me down and tied my hands and feet to the bed frame. Words can't describe the pain I felt. My chest was very tight, like it was about to burst. I struggled desperately and felt as though the sky was about to collapse. I was on the verge of death. I was in so much pain I could not even move my eyes. My tongue became rigid, and my mind was unclear."

Within a month of the injections, Ms. Liang suffered three episodes of sudden loss of consciousness. Each time, her eyes and mouth were wide open, and she had urinary incontinence. Some medical personnel consider these to be life threatening symptoms.

The injections caused pain in her heart and back. Her hands and feet felt cold, and her circulation was not good. She was in much pain, as these symptoms persisted for six months and prevented Ms. Liang from falling asleep at night.

Ms. Shao Liyan went to Beijing to appeal on behalf of Falun Gong in 2000. She was later incarcerated in Ankang Hospital, where she was subjected to such torture that she suffered a mental collapse. She has not recovered. According to another practitioner who was in Ankang Hospital, after the drugs were injected or forcibly administered orally, the victims' limbs twitched and became numb , while their minds became sluggish. They encountered overall weakness and restlessness and were unable to sit down or fall sleep easily. Some even fell unconscious.

When she was clear, Ms. Shao told her family what happened to her in Ankang Hospital. She told of being tied to a bed, unable to move, and being injected with unknown drugs. When her mind was unclear, she could not even recognize her parents.

To our knowledge, another practitioner, Mr. Song Wenquan, who previously worked where Ms. Shao was employed, was incarcerated at the Tangshan City No. 5 Mental Hospital after going to Beijing to appeal. He was injected with drugs that damaged his central nervous system. He was also subjected to high-voltage electric shock on his hands and feet. Two years of torture and abuse left him mentally traumatized, with extreme itching all over his body. He left home to avoid detection shortly after being released in March 2004. His whereabouts are unknown.

Officials from the Jidong Prison 610 Office sent Ms. Li Shubo, who was a guard at the Jidong Prison, to the Tangshan City No. 1 Detention Center, because she went to Beijing to appeal for justice for Falun Gong in 2000. During her detention, she was taken to Ankang Hospital twice. After forced injections by Me Shujun, Ms. Li exhibited behavior and speech problems. She had problems coordinating her limbs and even had difficulty picking up a bowl of rice. She was unable to sleep for the first two days, lost consciousness once, and fell down once. 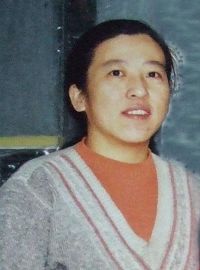 In October 2000, Ms. Shang Shiying was sent to the Tangshan City First Detention Center. She was held in solitary confinement, placed in shackles, forced to sit on an iron chair, and not permitted to visit the restroom. After she held a hunger strike to protest this mistreatment, she was transferred to Ankang Hospital in Tangshan City.

Ms. Shang was also injected with unknown drugs, which left her in great pain. She was disoriented and unable to move her eyes or tongue. Her strong belief in Dafa gave her the strength to endure it; otherwise, she would have suffered a mental breakdown. Ms. Shang was arrested again on January 14, 2010, and is still being held in the Fengnan Detention Center. 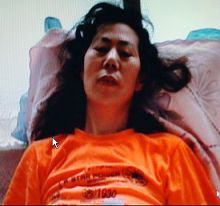 Ms. Li Fengzhen, in her 50s, was taken away by officers Li Fuguo and Wang Min, among others, from the Tanghai County Police Department on June 10, 2010. She was transferred to Ankang Hospital on June 25. In the hospital, she was injected with unknown drugs against her will. In only two months, the once healthy and rational Li Fengzhen basically lost her memory. She became mentally unstable and extremely skinny. She could not see clearly, nor could she stand upright and walk. She had pain in the left side of her chest, and she was unable to take care of herself. 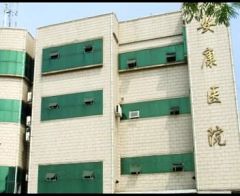 Persons involved in carrying out this heinous procedure include Me Shujun, who was the director of Ankang Hospital back then. She was moved to Tangshan City First Detention Center for a while. Later she was moved back to Ankang Hospital and is now the vice president of the hospital. Her phone number is 86-13832981250 (Cell)

Practitioners Zhang Deyi, Qiu Liying, Duan Jingjing, and He Jing were held in the Hebei Province No. 1 Forced Labor Camp in 2000. They were sent to a mental hospital because they held a hunger strike. There they were force-fed, and the feeding tubes were left in place for so long that their throats abscessed and festered. They were also injected with the "Mighty 200," which is a drug that destroys the central nervous system. This treatment caused He Jing and the others to lapse into comas. Duan Jingjing's tongue stretched out one inch and could not be withdrawn. The practitioners were cruelly abused, causing severe injury, and their lives were endangered. Yet, the doctor asked for instructions from labor camp officials, as to whether they should continue administering the medication. A cadre from the Education Department said, "Continue using that drug!" Not until December 17 did the practitioners have a chance to tell Director Zhou of the labor camp what happened to them. However, Director Zhou said, "I sent them to the mental hospital for the sake of their health. Whatever measures the hospital uses, it is their responsibility and has nothing to do with us." 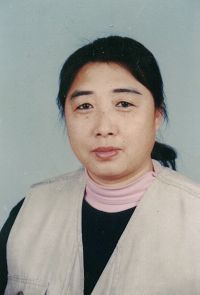 Ms. Liang Shufen, 46, worked at the Tangshan Iron & Steel Group Co. She went to Beijing to appeal on behalf of Falun Gong on October 7, 2000, and was arrested. She was searched, beaten, and taken back to Tangshan City the same night. Fu Ruijun and director Pan detained Ms. Liang for seven days. On October 14, Ms. Liang was taken to a mental hospital located at Xiaoshan. Four months later, she was transferred to a testing clinic and injected with unknown drugs. The main doctor was Sun Hexiang. They asked Tangshan Iron & Steel to pay 1,000 yuan per month for her "medical expenses." Ms. Liang was detained in the mental hospital for five years. Over this time, she suffered a mental breakdown (i.e. a third degree disability with a major depression disorder) and tried to commit suicide, which resulted in many injuries to her mind and body. (Note: the teachings of Falun Gong do not condone killing, including suicide.) After five years of detention, she was released. She is now nearly destitute.

Ms. Li Linong was sent to Ankang Hospital as a mental patient by her work unit and was detained there for almost two months. Everyday she was forced to take drugs that are only supposed to be used for people with mental disorders or drug addictions. She was also tied up in a bed for three days and nights. She suffered extreme pain in her body and mind. She said that after taking or being injected with the drugs, she oftentimes felt hazy in her mind, dull, and nervous. In addition, she could not walk without help or speak clearly.