(Clearwisdom.net) Practitioner Ms. Wang Gaizhen is a nurse in the department of neurology at the Third Hospital of Datong City Mining Bureau. She was arrested at work for her beliefs on July 26, 2010 by officers from the Urban District Police Department. After being detained for more than a month at the Datong Detention Center, she was sentenced to two years of forced labor on September 17, 2010. She is imprisoned at the Xindian Women's Forced Labor Camp in Taiyuan City, Shanxi Province. 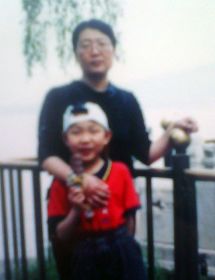 This is the third time that Ms. Wang has been arrested for her beliefs. She was arrested for telling others the facts about Falun Dafa on November 2, 2001, and was subjected to three years of forced labor at the Xindian Women's Forced Labor Camp.

During a raid led by the Tatong 610 Office on November 7, 2006, more than a dozen officers from the Mining District Police Department ransacked her house and seized her computer and printer. She and her son, an eight-year-old named Ming Yu, were taken into custody and brought to the security department of the Datong City Mining Bureau Machine Tool Factory.

“Thank You, Master Li, for Saving My Daughter's Life”

“Breakthroughs I Experienced While Reciting the Fa from Memory”