(Clearwisdom.net) Falun Gong practitioner Mr. Liu Yongwang was illegally imprisoned and tortured during his detention at Jidong Prison in Hebei Province in 2001. Beijing lawyer Cheng Hai and Hebei lawyer Li Lun went to the prison on August 4, 2001, at the request of Mr. Liu and his family. The lawyers asked to visit their client, in accordance with the law. At first, prison authorities attempted to obstruct the meeting. After their repeated delay tactics failed, they received approval from their superiors to allow the lawyers to meet with Mr. Liu. Before the meeting, Mr. Liu was able to avoid a body search, and in so doing was able to hand his complaint letter, detailing the persecution he has suffered, to the lawyers. 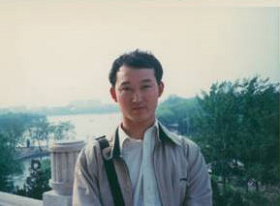 Sentenced to 8 Years of Imprisonment

Mr. Liu went to Shanghai on a business trip in 2001 and was illegally arrested by officers from the Beijing National Security Bureau and the Shanghai Police Department. He was held at a detention center in Shanghai, and then in December 2001 was transferred to another detention center in Baoding City, Hebei Province. In total, he spent 88 days in detention.

The guards at the forced labor camp beat him with electric batons and rubber clubs, in order to try to force him to give up his belief in Falun Gong. They tightly bound his arms with rope. Then they used rubber clubs and leather belts to beat his face. One of his front teeth was knocked out during one of these beatings. They used an electric baton to beat him in sensitive areas, such as the top of his head or his groin area. They would do this for a very long time, until the smell of charred flesh permeated the room. Mr. Liu's left leg was crippled as a result of the torture. He was then transferred to Tangshan Forced Labor Camp for continued persecution. In early May 2004, he was diagnosed with "neurological damage in both lower limbs," which would later progress to full paralysis. He was released on medical parole in mid-June, 2004.

On August 24, 2005, Liu Yongwang was arrested again by the Beijing National Security Bureau. He was first detained at the Beijing National Security Bureau Detention Center, and then transferred to the Hebei Provincial Security Department Detention Center and Baoding City Detention Center. From November 7 until November 13, the guards bound him in the interrogation chair, shining high-intensity flashlights into his eyes, shocking him with electric batons, and depriving him of sleep for 7 days in succession. He was sent to the Jidong Prison in Tangshan City on June 16, 2006.

In his letter, Mr. Liu Yongwang disclosed that guard Zheng Yajun locked him up in a room on the top floor marked with a sign "No entry without permission from guards." Every day, six inmates were assigned to torture him with whatever methods they could devise. These inmates, hand-picked by Zheng, would do anything to please the guards. The inmates had become psychologically reprogrammed as a result of long-term imprisonment in a jail run by the Chinese Communist Party, and shamelessly enjoyed inflicting harm on other people.

Mr. Liu also suffered from severe muscle cramping in his legs, edema, and had bruises all over his ankles. Taking sadistic pleasure in Mr. Liu's pain, the inmates would press on his swollen body saying that they were giving him a massage. Because of the edema, his skin would break open. Inmate Zhang Donghong, who specialized in abusing Falun Gong practitioners, wanted to give Mr. Liu another horrible "massage." When Mr. Liu refused, the inmate angrily pushed Mr. Liu to the ground and stomped on his thighs and the lower part of his legs.

Under the incitement and protection of Zheng Yajun, these inmates' activities were so obscene that it is hard for normal people to even talk about it. One day six inmates charged towards him, held him down, and force-masturbated him three times.

To safeguard his basic human rights and dignity, Mr. Liu wrote an indictment on January 17, 2009. This indictment was handed in to the jail's disciplinary department; however, there was no reply and nothing changed. What he received instead was frenzied retaliation from Zheng Yajun.

Not long after, inmate Jiang Hongbin beat Mr. Liu until he lost consciousness. The guards simply turned a blind eye to everything. In the freezing winter, they opened all the windows in the hall, letting the biting cold in. They positioned a stool right in the middle of a draft that was coming through a door. Zhang Donghong and Wang Quantao forced Mr. Liu to stand in the cold draft, allowing him only a thin layer of clothing. They also forced him to expose his private parts and imitate the posture of discharging. He would be forced to stand in the draft for half an hour before he was allowed to rest awhile in bed. This process would repeat over the course of the entire night.

Mr. Liu strongly requested that the legal department to look into the the crimes of Zheng Yajun and 15 other criminals. His two lawyers expressed indignation at the acts of the prison guards in Jidong Prison, who were committing crimes while supposedly enforcing the law. The lawyers also said that they would try their best to win the case in order to uphold the law and return dignity to the victim.