(Clearwisdom.net) (By a Minghui correspondent in China) Falun Gong practitioner Mr. Lu Zhen was a student at the International Finance Department of Chongqing University. When he was jailed in the the Prison Admission Section of Shandong Province Prison, someone reported Mr. Lu for passing Teacher's articles to other people. On June 20, 2009, he was transferred from Group 10 to Group 27. The guard of the 11th Ward, Chen Yan, ordered 6 inmates, including Xie Xiaogang, Li Dapeng, and Cai Dongxing, to seriously beat him. In the early morning of June 21, 2009, Mr. Lu Zhen was beaten to death when he was only 33 years old. Mr. Lu was in excellent health prior to entering the prison.

Mr. Lu Zhen's family members were told that he died of a sudden heart attack on June 22, 2009. Mr. Lu was only 33 years old and there was no history of heart disease in his family at all. Before this, his family members were told by the 610 Offices of Linyi City and Mengyin County that Mr. Lu had developed mental illness. However, the family had never received any written notice about it. Then, they suddenly heard of Mr. Lu's death.

Because Mr. Lu's corpse was seriously wounded, his family members requested a detailed autopsy. The autopsy was performed on June 30. A lot of blood was found in his chest. Although there was no scarring on the skin of his buttocks and thighs, the muscles under the skin were completely necrotic. Based on our understanding of the torture methods used to physically abuse Falun Gong practitioners, this is caused by beatings with rubber batons. The autopsy showed that Mr. Lu suffered severe physical trauma prior to his death. 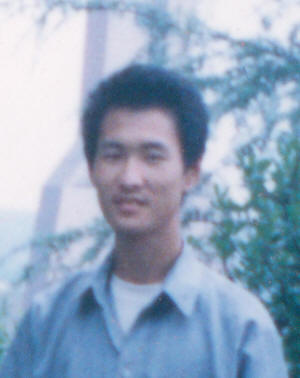 Mr. Lu Zhen, born on July 25, 1976, was from Xirulai Village, Mengyin Township, Mengyin County, Shandong Province. He was an excellent student in international finance at Chongqing University, where he first learned of Falun Dafa. Since beginning the practice, he strictly followed the principles "Truthfulness-Compassion-Forbearance." In May, 2000, as a senior, Mr. Lu was expelled from college because he went to Beijing to appeal for Falun Gong.

Again in June, he went to Beijing, was arrested and taken to Xishanping Forced Labor Camp in Chongqing City, to serve a one-year sentence. In the forced labor camp, he was brutally tortured, leaving deep scars on his head and arms. His face was disfigured by the physical torture.

After the forced labor camp released Mr. Lu, the college sent him back to Mengyin County. They canceled his Chongqing City residency, but the CCP agents in Mengyin County refused to accept him, so he lost official residency status.

His life was not peaceful upon his return. The local 610 Office directed the village to call out his name on the speaker every day and urged the villagers to not have any contact with him. His family felt great pressure, and he was forced to leave home.

In March 2004, Mr. Lu was arrested at Zhaoyu in Mengyin Township, Mengyin County. He was taken to the Linyi City Brainwashing Center in April and moved back to Mengyin County Detention Center afterward. In December 2004, he was sentenced to 11 years and sent to Shandong Prison.

Mr. Lu Zhen was jailed in the Prison Admission Section of the 11th Ward. There were about 20 rooms for the Prison Admission Section. The windows and doors of the rooms were always closed, so that the sounds from inside of the room could not be heard from the outside. Some of the rooms were called 'strict discipline' rooms. They were used to torture steadfast Falun Gong practitioners. The guard, Li Wei, directly assigned some criminals (mainly murderers, embezzlers, robbers, and gangsters) as the "leaders". The leaders had the right to choose new prisoners as their helpers to violently persecute Falun Gong practitioners.

Because Mr. Lu refused to give up his belief, he was jailed in the 15th strict discipline room. The guard, Li Wei, ordered the "leaders" to physically punish him by forcing him to maintain a squatting position with both hands over his head from 5 a.m. until 2 or 3 a.m. the next morning. He could only sleep for 2 hours a day. If he moved or the posture did not satisfy their demands, he would be cursed at or beaten by the leaders. The leaders also ordered the helpers to tightly monitor Mr. Lu around the clock. He was monitored even when he went to the restroom. In addition, the leaders continuously psychologically persecuted him with words defaming Falun Gong.

After being subjected to brutal physical and mental tortures for a month, Mr. Lu was so exhausted and worn-out that he signed a guarantee statement against his conscience. After that, he was transferred to the "consolidation team" for more brainwashing. In the second half of 2005, Mr. Lu declared that the guarantee statement he signed was null and void, and he resumed his practice of Falun Gong. Immediately, he was sent to the strict discipline room for further persecution. He was seen several days later in a restroom. Just as the last time, he was so exhausted and worn-out that he could not keep his eyes open.

In 2007, Mr. Lu Zhen was again transferred to the Prison Admission Section. Between four and twenty collaborators persecuted him. Mr. Lu was punished by beatings and made to sit on a small stool for a long time. In February 2009, Mr. Lu Zhen, Wang Fucheng, and Shi Zenglei were reported on for passing on Teacher's articles. The prison guards sent them to the strict discipline room. They were punished by being made to sit on a narrow stool with knees against a wall. Sometimes, the guards would shine such powerful lights in their eyes that they could not open their eyes or it would hurt. On June 21, 2009, Mr. Lu Zhen was beaten to death.