Executive Dance Director: "This was a joyous occasion for me." (Photo)

(Clearwisdom.net) Mr. Bruce Hunt, the executive director of the Detroit Windsor Dance Company was in the audience for the January 2nd showing of the Shen Yun Performing Arts at the Detroit Opera House. 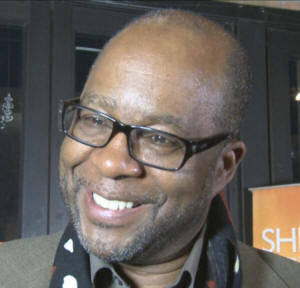 Executive Dance Director: "It was beautiful; it really was!"

Mr. Hunt was full of praise for the show saying, "It was beautiful; it really was, and I especially like the message that we are seeking honesty and truth and that's what struck me really strong." He added, "This was a joyous occasion for me."

"I know that there was a lot of work [put in] here and you can see it. ...It all came together...That was really glorious, yes, he said."

He continued, ""The music was gorgeous. The colors were magnificent. And just the use of the scarves, everything, it was just a beautiful experience.

"I especially like the projections on the backdrop screen ... that was just absolutely fascinating to me."

He also thanked his wife for persuading him to come to the show as he had originally planned to watch a football game on TV. 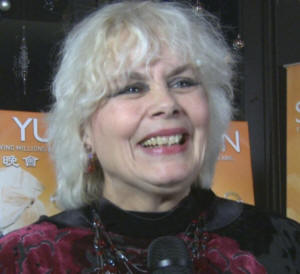 Ms. Victoria Haltom is a conductor of the Metropolitan Youth Symphony.

Ms. Victoria Haltom, a conductor of the Metropolitan Youth Symphony and professional violinist in the Detroit Opera House, also attended the Shen Yun performance. "I loved the show! This was my second time seeing it," she happily exclaimed.

Ms. Haltom expressed her deep appreciation for all the work that had gone into producing the Shen Yun, saying, "I think it's a very hard job. This is something that takes years and years and years and years of practice and sacrifice and devotion and commitment to get to this level so that you can do a performance like tonight. And I don't think most people realize how much goes into something like that. But I do, because I've done it!"

Being a musician herself, Ms. Haltom went on to say that one of the things that she liked most about the show was the fact that "It had live music and that we also had authentic Chinese instruments, which really added that flavor and the heritage and the culture mixed with the Western sound too.

"And the costumes, oh my gosh! Every time somebody would come out on stage I was like, 'Could it get any better? Could it be any more beautiful?' The colors were gorgeous!"

"It's very difficult, and I think that the quality that was done was really amazing and the fact that it was all original. Where else can you go to hear something like this? So that's even more special."

She thought the show "uplifts and makes you feel so good ... because it's about music, it's about dancing, and it's about exchanging cultures, and everybody can understand it on that level. We don't have to speak the language. All we have to do is listen and watch and we can all identify with each other."

In conclusion, Ms. Haltom said that she felt "privileged" to be able to attend the Shen Yun performance.

“Eliminating Acquired Notions and Returning to Our Origins”