(Clearwisdom.net) In early in 2009, a graduate student working toward his Ph.D. at a university in mainland China was diagnosed with aplastic anemia. He was immediately prescribed in-hospital treatment. He was skeptical about using hormone drugs, Chinese herbs, and special diet requirements after being discharged. There were no obvious effects after using these methods for 10 months, as the platelet count continued to hover below the normal range of between 10,000 and 30,000, when the lower limit of normal is 109,000.

At the time, he was feeling depressed, and his family members were also very worried. A teacher persuaded him to start practicing Falun Gong.

In just two months, the student's body underwent such a great change! After this experience, he became even more determined to continue the practice and to clarify the facts about Falun Dafa to other people. He sincerely thanked the Master Li for his boundless compassion.

The student's family and friends who witnessed this miraculous transformation also changed their attitudes toward Falun Dafa, and became interested in learning more about this great practice.

Below are three photos of the recent laboratory test results: 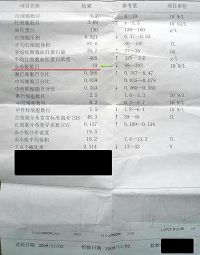 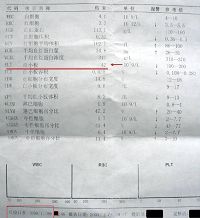 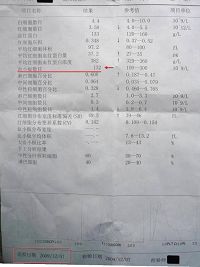 “Seeing My Situation Improve After Truly Searching Within”