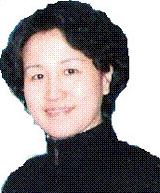 Zheng Weining, who handled the trial court cases for the Middle Court Criminal Second Trial Court, told Ms. Gao's family, "You have three days to find a lawyer." Her family planned to find a good lawyer, but many law firms refused to take her case when they learned that it was related to Falun Gong. A kind-hearted lawyer told them, "The City Administration of Justice stipulates that lawyers who handle Falun Gong cases must be registered and obtain consent from the Administration of Justice, but in reality, these requests are seldom approved and so lawyers cannot defend Falun Gong cases."

The three days passed quickly. In fact, the family received notice on a Friday and the offices were closed on the weekend so there was only Monday left to find a lawyer. Her family contacted Zheng Weining on Monday, and requested more time to find a lawyer. Zheng agreed to allow three more days, but all the law firms declined to take the case for the same reason--the Administration of Justice would not authorize lawyers to take Falun Gong cases.

With no other option, her family called Mr. Wang, a lawyer in Beijing City, since he had previously defended Falun Gong practitioners. Unfortunately, Mr. Wang said that the government canceled his business license, because he defended Falun Gong practitioners. A week passed, but they could not find a lawyer. Zheng Weining told them, "We will provide a lawyer." This meant the family could no longer bother Zheng Weining about getting a lawyer for Ms. Gao. From then on, there was no communication at all.

After she began practicing Falun Gong, Ms. Gao's health had greatly improved and she no longer struggled with illnesses. She became a gentle, kind person, and was happy to help others. She was instrumental in having the younger sister of Ms. Zhu Shuyun visit Ms. Zhu at the Heizuizi Forced Labor Camp in Changchun City where she was being brutally mistreated. She also exposed the brutality at the camp to the general public. Afterwards, the Changchun Public Security Bureau had Ms. Gao tracked and monitored.

On April 22, 2008, the Nanguan Local Police in Changchun City took Ms. Gao into custody, and she was taken to the No. 3 Detention Center of the Changchun Public Security Bureau. On April 14, 2009, and June 3, 2009, the Nanguan District Court held two sessions for Ms. Gao's case. She was sentenced to four years in prison. Her family appealed, but during the appeal process, the staff at the Nanguan District Prosecution Office, the Court and the Middle Court were in disarray and barred Ms. Gao's lawyer, in order to review any case-related documents. The court finally forced the lawyer to cancel his contract to defend her three days prior to the court session. In turn, the court appointed a lawyer for her. The second trial lasted only 12 minutes, and the judgment was handed down in haste. The family appealed again and the case has now been transferred to the Middle Court.

Legally, a person involved in litigation has the right to hire a lawyer and to review all related documents. Furthermore, there are no legal grounds for stipulating that the practice of Falun Going is illegal. The arrests, court trials, and detention of practitioners are in fact illegal. The legal community and people who understand the law realize the absurdity and autocracy of this phenomenon. Ms. Gao Shuyu, and the tens of thousands of practitioners arrested have all been falsely persecuted.

“Growing Up Under Master's Compassionate Care”