On the morning of July 20, 2009, Jin Bowen, a Falun Dafa practitioner, from Linghai City of Liaoning Province was arrested at his workplace by plainclothes police.

Early this year, when Jin Bownen went to Waimao Community Police Station to deal with his ID card, officers there asked him if he still practiced Falun Gong. He replied, "Yes." Therefore, his ID card request was refused, and he was detained at the sub-bureau for a half-day. This incident led to his arrest a few months later.

On the morning of July 20, 2009, six plainclothes policemen from Linghai City Police Sub-bureau arrived in two cars, and broke into Jin's workplace, the Linghai City Statistics Bureau, and attempted to arrest him. At that time, Jin was taking time off at home, so police officers ordered his manager to call him back to work. The police then forcibly arrested him and took him to the Domestic Security Brigade in Linghai City Police Bureau. At around noon on the following day, police officers ransacked Jin's home. They confiscated his computer, a color printer, Dafa books and a large number of his personal belongings. The police have sent the so-called "case" to their local court. Mr. Jin is currently illegally detained at Linghai City Detention Center. 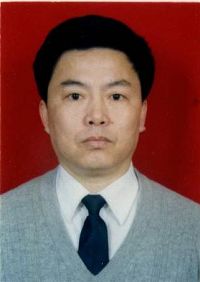 The case background against Jin Bowen started five years earlier. On the morning of April 21, 2004, while Jin was watching a Dafa truth-clarification DVD, police officers broke into his home, arrested him and took him to Linhai City Detention Center. He had been reported by upstairs neighbors. Police also arrested Jin's wife and detained her at the same detention center. Police officers stripped Jin naked, and poured twenty pots of cold water over him. Because Jin is also a government worker, his case drew much attention from the people in charge of the municipal government. Those government leaders schemed with guards to have inmates murder Jin. They told inmates, "It's not a crime to beat a Falun Gong member to death, as it'd be treated as just a suicide." In addition, their terms could be reduced, and they would be paid. Predictably, a few inmates began to plot secretly. They planned to wait until Jin fell asleep, then two inmates would cover Jin's head with a blanket, one would hit him very hard over the head, and they would hold his head under water until he died. They planned to claim he had committed suicide. Jin immediately sensed this plot, and he walked towards the entrance of his cell and shouted at his wife who was detained at another cell, "If I die, I didn't commit suicide. Rather, it's them who killed me!" On the next morning, guards and inmates again plotted to drown him. Jin saw through their plot again. A few inmates became petrified, and thought to themselves, "Falun Gong is awesome! Such a secret deed--yet he knows." So they didn't dare to kill him. At midnight, guards took him out to an open space, stripped him naked, and then beat him very hard. He was left freezing for more than five hours, yet he suffered no ill effects. On the other hand, several of the guards involved caught colds from being exposed to the cold. More than twenty days later, police officers blackmailed his wife's family for more than 20,000 yuan for Jin's and his wife's release.

After Jin came home, he repeatedly demanded that the money be returned, and eventually, they had to return it.

Jin is a government worker working for the Linhai City Statistics Bureau. He is very diligent and receives good feedback from his managers and coworkers. Since 1996, Jin has practiced Falun Gong and has experienced the miraculous effects of Dafa.

“Growing Up Under Master's Compassionate Care”