Thailand: Rally and March to Protest the Persecution (Photos)

On July 17, Falun Gong practitioners from Thailand held a rally and march in Bangkok, calling upon the international community to help stop the 10-year long persecution of Falun Gong. 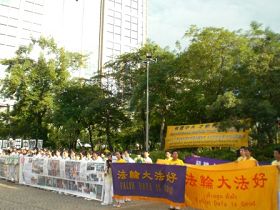 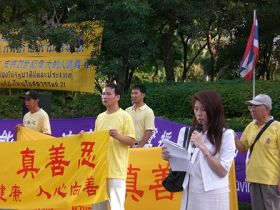 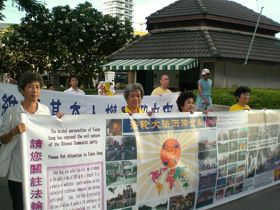 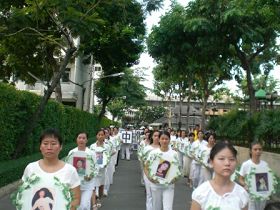 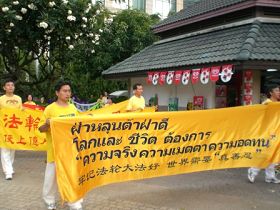 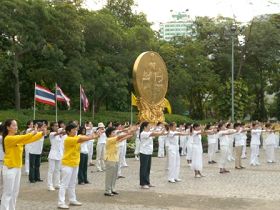 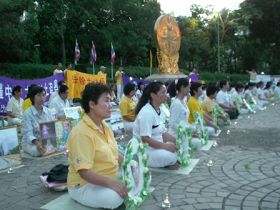 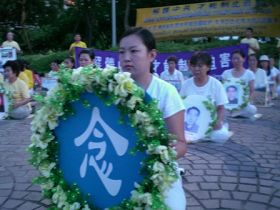 At the rally, practitioners who escaped from China talked about their own experiences of being tortured and witnessing the persecution.

After the rally, practitioners held a march, where they unfurled banners reading, "Falun Dafa Is Good" "The World Needs Truthfulness-Compassion-Forbearance" and "Only Dissolving the CCP Can Stop the Persecution." They held photos of those who lost their lives in the persecution and distributed truth-clarifying information. The march caught the attention of many passersby, then took the offered informational materials.

At night, practitioners held a candlelight vigil in memory of those who were tortured to death in the persecution.

“Yokohama, Japan: Practitioners Hold Rally and March to Call for an End to Ten Years of Persecution (Photos)”