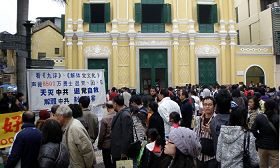 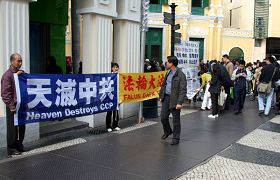 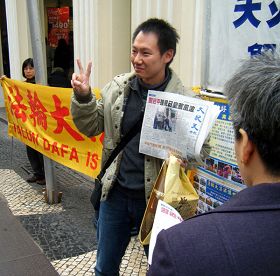 A tourist has a photo taken, holding a copy of The Epoch Times 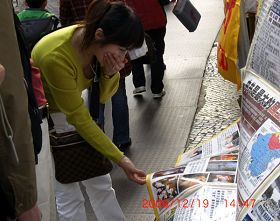 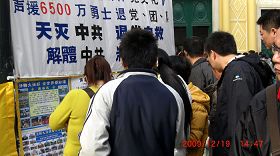 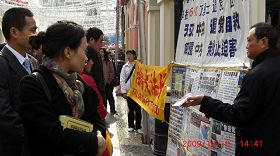 People read about the persecution

Falun Gong practitioners called on Hu Jintao to stop the persecution and bring the prime culprits, Jiang Zemin and his gang, to justice. They opened banners which read "Falun Dafa is Good" and "Dissolve the Communist Party and Stop the Persecution." Many Chinese tourists saw the banners; they took photos and accepted the truth-clarifying materials from practitioners. 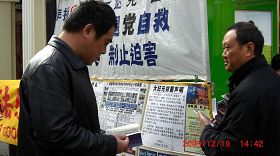 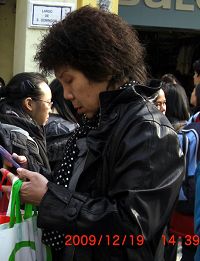 Another Chinese tourist accepts a copy of the Nine Commentaries