Renowned Law Professor: Spanish Lawsuit against Former Communist Head Is a Warning to All Wrongdoers (Photo) 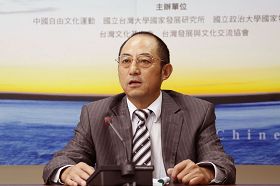 Yuan pointed out that the biggest impact of this lawsuit is to warn the perpetrators of the persecution that they can no longer use totalitarian power to arbitrarily persecute people, and that dictators who commit crimes against humanity will face international criminal charges. Yuan said that this is a big step forward for human rights as a whole.

Professor Yuan stressed that Chinese Communist officials will be brought to justice in two ways: While the CCP is still in power, the perpetrators of the persecution will face lawsuits filed in other countries; when democracy prevails in China, these culprits will face justice in China.

Regarding the question of whether or not Jiang and the four other accused Communist officials will respond to the Spanish National Court's questions within the required time (4 to 6 weeks), Professor Yuan responded, "Officials in Communist China are very fearful though they persecute Chinese people at will. However, they know very well that the crimes they have committed are very severe. For this reason, I believe that they don't dare to face the lawsuits and absolutely won't dare to respond."

The lawsuit is based on the application of "Universal Jurisdiction." If the five accused do not respond within the required time frame, they will face international arrest warrants and the Spanish judicial system will work with other countries that have legal treaties with Spain to extradite them, should they travel to those countries.