(Clearwisdom.net) (Minghui Correspondent from Liaoning Province) On September 12, 2009, police officers from Linhai City illegally arrested Mr. Zhang Lei, a practitioner from Jinzhou City. On the following day, Liu Haiwang and other officials from Linghai City's Domestic Security Division arrested four members of his family who are also practitioners: his father, Mr. Zhang Deguo, his mother, Ms. Li Jinqiu, his wife, Ms. Zhao Xiaochun, and his mother-in-law, Ms. He Guixiang. These four practitioners have been sentenced to forced labor, while Mr. Zhang Lei is currently detained in the Linghai City Detention Center.

The informants said that Mr. Zhang Lei's parents, wife, and mother-in-law had been detained in the Jinzhou City Detention Center for 15 days. Police officers had told these practitioners' relatives to pick them up at 4:00 p.m. on September 28. However, when their relatives arrived at the Jinzhou Detention Center, the police officers informed them that at approximately 2:00 p.m. officials from Linghai City's Domestic Security Division had taken the four practitioners to the Masanjia Forced Labor Camp in Shenyang City. All four practitioners were illegally sentenced to one year of forced labor. 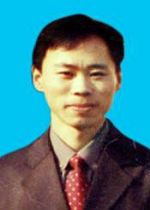 Mr. Zhang Lei is 33 years old. He is the director of the human resources department at the Jianzhou City Xinhualong Copper Company, Ltd. in Liaoning Province. He is a kind-hearted and talented person. His performance at work has been rated as excellent. He was highly praised by the company leaders and appointed to an important management position.

On the afternoon of September 12, 2009, officials from Linghai City's Domestic Security Bureau arrested Mr. Zhang at work. They confiscated his office computer and 5,000 yuan. On the same day, Mr. Zhang's supervisors went to the Domestic Security Bureau, requesting his immediate release. However, the officials there said: "This is a case concerning Falun Gong. There is no exception for anyone." 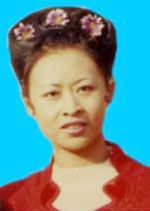 At 5:00 p.m. on September 13, 2009, several policemen from the Linghai City's Domestic Security Bureau broke into and ransacked Mr. Zhang Lei's home, but they didn't find anything they could use to charge Mr. Zhang Lei. Then, they arrested his wife, Ms. Zhao Xiaochun, who is 31 years old. Four policemen dragged her downstairs. She didn't wear any shoes and her pants were pulled off. Another lady saw this and went over to help Ms. Zhao pull up the pants, but one policeman shouted, "It's none of your business." That lady said: "You are going too far. She is a lady after all." The policemen forcefully pushed Ms. Zhao into the police car, sentenced her to one year of forced labor and took her to the Masanjia Forced Labor Camp. 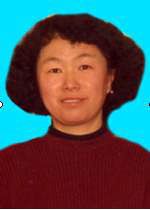 Ms. Li Jinqiu is 58 years old and is employed as an accountant at the Linghai City Foodstuff Bureau. At 5:00 p.m. on September 13, 2009, six policemen from Linghai City pretended to be officials from the demolition and reconstruction office needing to measure Ms. Li's house. They deceived Ms. Li Jinqiu, who believed them and opened the door. The police officers proceeded to ransack Ms. Li's home, confiscating her computer, printer and Falun Dafa books. Then, they arrested Ms. Li. Her elderly mother, who is over 80 years old and cannot take care of herself, knelt down and crawled towards the policemen, begging them not to take her daughter away. However, the policemen ignored her. They sentenced Ms. Li to one year of forced labor and took her to the Masanjia Forced Labor Camp. Currently, no one is available to take care of her elderly mother, who has cried every day, since she miss her daughter very much.

Ms. Li started practicing Falun Gong in 1995. Since July 20, 1999, when Falun Dafa was defamed and persecuted, Ms. Li has gone to Beijing twice to validate the Fa. Because of this, she had previously been sentenced to five years of forced labor. While in prison, she had suffered mental and physical torture, including brutal beatings, detention in an isolated cell, being forced to sit on a small stool, and being beaten with electric batons. Several guards used four electric batons to shock her face. As a result, her face was scorched and the skin peeled off four times. The guards also beat her chest and caused her heart to beat excessively fast, leading to heart dysfunction. The CCP officials also expelled her from her previous place of employment. 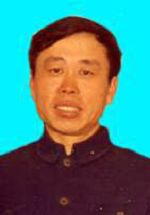 Mr. Zhang Deguo is a 60-year-old farmer. He started practicing Falun Gong in 1996. At 5:00 p.m. on September 13, 2009, Mr. Zhang got home from work to find six policemen from Linghai City's Domestic Security Division ransacking his home. Police officers arrested him and sentenced him to one year of forced labor. He is being detained at the Masanjia Forced Labor Camp.

Mr. Zhang was previously detained in the Jinzhou City Forced Labor Camp for two years, where he had suffered inhumane torture. 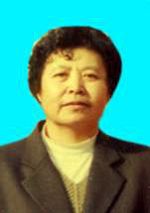 Ms. He Guixiang is a 62-year-old retired worker of the Linghai City Cement Plant. At 5:00 p.m. on September 13, her home suddenly lost electricity. She went to the corridor to check the electric meter and found a man there examining it. (Actually, he manipulated the meter to cause the power outage.) That man claimed that he was a worker from the Electricity Generating Bureau, and said that he needed to check something inside Ms. He's room. When he went inside, he saw a Falun Dafa book on the bed. He immediately used his cell phone to call the police. Six police officers, including Liu Haiwang, Commander of Linghai City's Domestic Security Division, came and handcuffed Ms. He, who was wearing only underclothes and slippers at the time. Ms. He said, "Let me put on my clothes." However, they didn't allow her to put on any clothes and pushed her downstairs. They then arrested Ms. He, sentenced her to one year of forced labor and took her to the Masanjia Forced Labor Camp.

Police officers from the Linghai City Police Bureau also ransacked Ms. He Guixiang's home. They confiscated her computer, which was used by the non-practitioners of the family, and 13,000 yuan. They deceitfully stated, "If this is not funding for Falun Gong, then we will return it to you." (All funding for Falun Gong materials comes from practitioners' personal contributions.) This sum included the family's savings for paying off debts. The policemen also searched the garage downstairs but didn't find anything. In addition, they demanded that Ms. He's husband open the door of another apartment, where Mr. Zhang Lei resided previously. After verifying that Ms. He's husband didn't have the key to this apartment, they called Li Landong, the locksmith, to come and open the door, and proceeded to confiscate Mr. Zhang Lei's notebook and other personal property.

When Ms. He's husband went to the police station to get his 13,000 yuan back, he was not even allowed to enter the gate. Later, he asked his cousin to talk to Zhang Bo, the Deputy Chief of the Linghai City Police Bureau, as he thought her acquaintance with Zhang Bo would help resolve the problem. However, Zhang Bo was very rude and said that the police would not return the money, since they thought it would be used for Falun Gong. Zhang Bo also threatened her in order to stop Ms. He's husband from claiming the money and said: "Your older brother is also a Falun Gong practitioner. We haven't arrested him yet." Ms. He's husband got scared when he learned of Zhang Bo's threat, so he did not dare to hire a lawyer to defend his detained family members.

Before this arrest, Ms. He Guixiang had been detained at the Masanjia Forced Labor Camp for two years, as a result of going to Beijing to appeal for Falun Gong. While in prison, she was brutally beaten and tortured.

“Head of Suining County 610 Office and Other Persecutors Receive Retribution”