(Clearwisdom.net) During the week of October 12-18, 2009, the International Truthfulness-Compassion-Forbearance Art Exhibition was held at the Anaid Art Gallery in Bucharest, near the Parliament.

Anaid Art Gallery is a well-known modern art gallery. The opening date for the exhibition was Monday, October 12 at 7:30 p.m.

Despite cold and rainy weather, many visitors came to view the exhibition. The event started with a press conference attended by the main cultural TV station in Romania - TVR Cultural. Adrian Sturdza, president of the Romanian Falun Dafa Association, was interviewed. 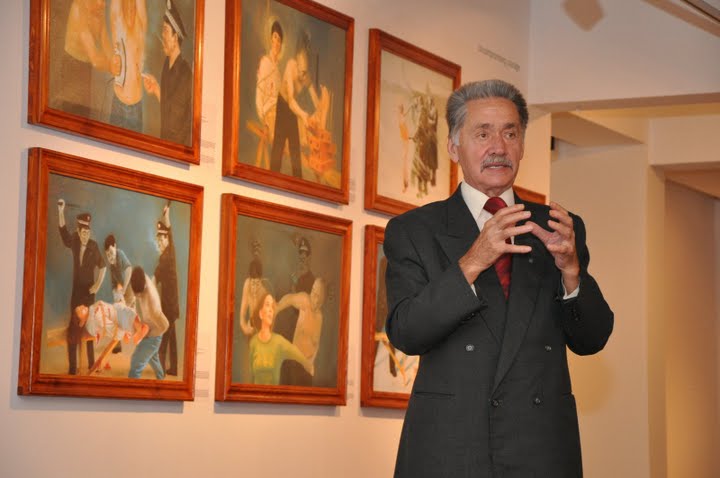 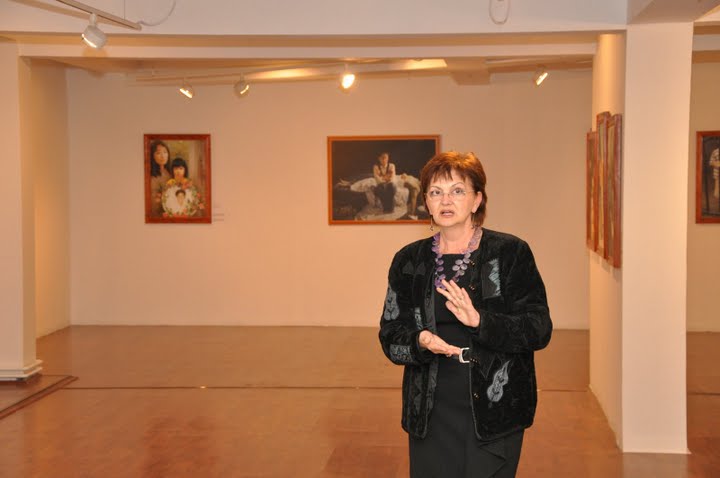 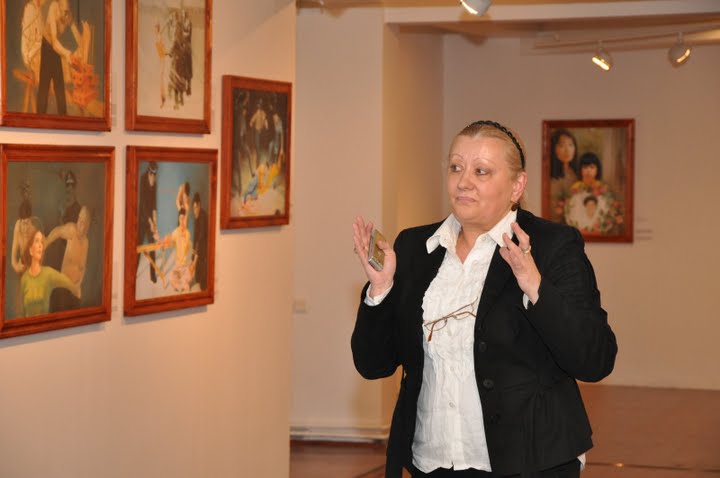 All the speakers admired the artworks, their purity, and the message of hope they conveyed.

One of the visitors, a philosophy student, said that she felt a deep sorrow for the tortures, "I hope that there will be more such events to help these persecuted people and raise awareness among the public."

In her speech, Mrs. Dragu pointed out that these artworks are presently creating a new trend in art and their value is very high.

"This is a living proof that art can save lives" affirmed Mrs. Humeniuc. She said, "Torture destroys the tortured one, but dehumanizes the torturer. What is going on is a horror spread in the whole country."

Professor Oprean was impressed by the light emanating from all the paintings. He affirmed that a society needs three things in order to rise at its deserved values. They are morality, competence and love for others.

Upon leaving, everyone thanked the organizers for the opportunity to see the exhibition and asked to be informed about future events of this kind. 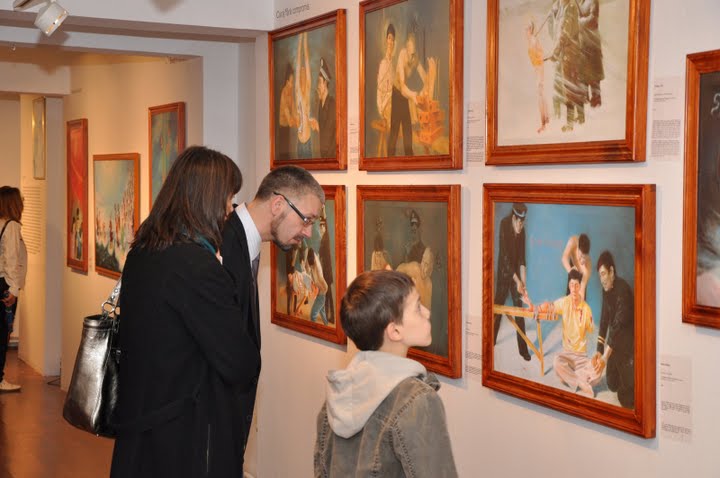 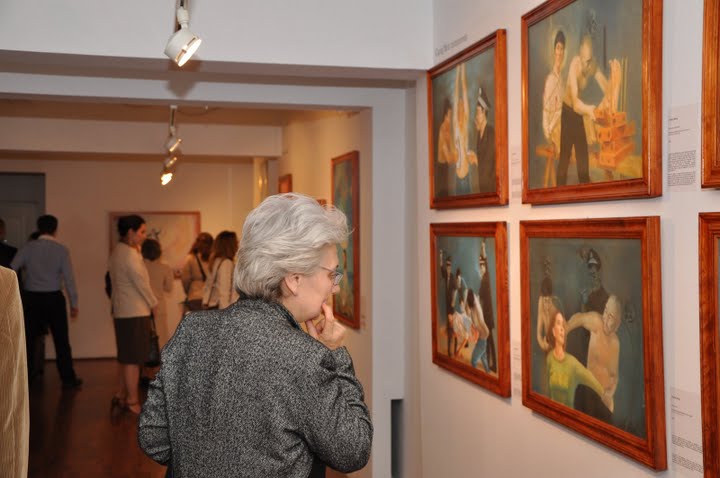 In the following days many people visited the exhibition and were very impressed by the beauty of the paintings and by the cruel reality they depict. They bought poster prints of some of the paintings, as well as postcards and CDs with music composed by practitioners.

One visitor, who was a teacher from a well known university, asked us to send her an e-mail and bring a poster to her university next time we held the exhibition. She wants to bring groups of students to see it.

The practitioners cooperated very well, and almost everyone contributed in organizing the exhibition. It was very important for the cultivation environment in Romania.

Many relevant information materials were distributed, and the event was advertised in the local Epoch Times, on the web, and in a very popular weekly magazine.