(Clearwisdom.net) On the night of November 28, 2001, three practitioners from Yilan County--Ms. Zhang Min, Mr. Song Ruiyi, and Mr. Zhang Keming--went to Tuanshanzi Village to distribute truth-clarification materials and were reported to the police by a villager. Zhang Huanyou, the village police station chief, and his subordinates soon apprehended the practitioners. Zhang ordered village head Zhao Chungui to organize the villagers to wait alongside the road to intercept the practitioners. When they did, Zhao beat them with a thick wooden stick. A woman practitioner close to 70 was knocked down on the spot. Later on, police chief Zhang Huanyou took these practitioners to Yilan Hotel for interrogation and then sent them to different police stations to be persecuted. These practitioners died as a result of mistreatment. Below are more details.

Han Yunjie is the political security section chief at the Yilan County Police Department. He long held a grudge against Ms. Zhang Min because he didn't get a penny of the 8,000 yuan Zhang's family paid to the police department to get her released the last time she was sentenced to forced labor. This time Han especially requested to interrogate Ms. Zhang. When she refused to tell him the source of the truth-clarification materials, Han handcuffed her to a heater pipe and then hit her in the chest, eyes, and temples. He also grabbed her hair and slammed her head against a wall.

Ms. Zhang, in her 60s, soon developed blisters on her cuffed hands. But Han refused to taken them off and refused to let her drink water. She spit up blood and became unconscious. Han poured cold water on her. After she regained consciousness Han resumed his beatings. Ms. Zhang became incontinent as a result. After being tortured for 60 straight hours, she was transferred to Yilan County Second Detention Center, per the order of police chief Zhao Shijing.

While in detention, Ms. Zhang requested she be sent to a hospital, because her pain was unbearable. But detention head Zheng Jun claimed she was faking. Ms. Zhang moaned non-stop and kept spitting blood. On the fourth day the guards even force-fed her two bottles of a concentrated salt solution, immediately making her unconscious. They simply carried her back to her cell. When detention head Zheng Jun learned of her situation he yelled, "Who has time to take care of you?" Ms. Zhang's cell mates pleaded with him for help repeatedly. Later on, Zheng Jun agreed to send her to a hospital for emergency treatment.

Ms. Zhang Min died from her severe injuries on December 5, 2001. In order to conceal their crimes, the police kept the news to themselves. Later, when they did inform her family, they said she died of a heart problem. Ms. Zhang never had any heart problems. Cremation followed on the 7th of December 2001.

On January 6, 2000, Mr. Song went to Beijing to appeal for Falun Gong and was arrested and sent back to Yilan. He was held at the second detention center for 77 days, during which time he was tortured. He was forced to stand for long periods of time and was constantly beaten. The guards forced his head into a toilet bowl and strangled him with a towel. Under the directive of deputy director Lin Zhong, cell head Sun Hui tortured him all day long. 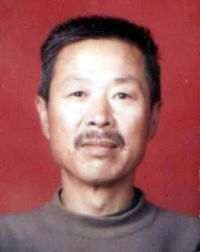 On November 9, 2000, Mr. Song went to Beijing again. He unfurled a banner in Tiananmen Square and shouted, "Falun Dafa is good!" He was arrested and sent back to Yilan. He was sentenced to one year of forced labor and sent to Changlinzi Labor Camp in Harbin City. His family was ordered to pay a fine of 3,000 yuan to the police department. In addition, they had to pay Yilan County 2,000 yuan and their village 1,500 yuan. The detention center officials also demanded 400 yuan for "room and board" during Mr. Song's detention. Altogether, his family had to pay 6,900 yuan.

The Song family's four-wheeled farm vehicle that the practitioners used on the night of November 28, 2001, was snatched away by village head Zhao Chungui and never returned. On the night of his arrest, Song Ruiyi was hung up, handcuffed behind his back. The handcuffs cut deeply into his flesh and caused excruciating pain. After he was taken to the second detention center he went on a hunger strike to protest. Three days later he was force-fed a concentrated salt solution, but he kept up his hunger strike for 14 more days. His stomach was severely damaged. Seeing he was near death, the detention center released him.

Not long after his release, on December 29, 2001, the police conducted a mass arrest of practitioners. Song and his wife fled their home, leaving behind his 76-year-old mother and a school-age daughter. When they were homeless, the police forced their village to fund their hunt for the couple. His damaged stomach prevented Mr. Song from eating well, and he soon became bedridden. On November 3, 2002 he died somewhere out-of-town.

Like Song Ruiyi, Mr. Zhang Keming was also tortured the night of his arrest. Two days later he was taken to a detention center, where he was held for 15 days. On December 29, 2001, the police arrested Mr. Zhang again, as well as his wife. He went on a hunger strike for over 40 days during his detention. The guards often urged other detainees to beat him. Mr. Zhang soon became emaciated. Despite his poor health, he was subjected to two years of forced labor. His wife was also subjected to the same treatment but was released after she failed the medical examination required by the labor camp. 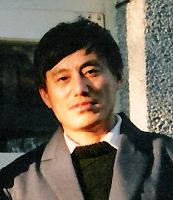 Mr. Zhang was detained in Changlinzi Labor Camp for two years. He endured tremendous torture. The guards shocked his sensitive parts with electric batons and often deprived him of sleep for long periods of time. He was also frequently beaten. In the end, his whole body was covered with scabies, and his skin festered. The guards also injected him with unknown drugs. Since September 2002 the guards intensified their torture of practitioners, hoping to improve the so-called "reform" rate. Practitioner Xue Baoxue was hung up for seven days, and Xu Zhenfeng for three days. As a result, both practitioners had swollen hands, and their bodies were covered with bruises.

On November 9, 2003, not long after Mr. Zhang Keming's release, Zheng Jun, Liu Guochang, and more than 10 policemen went to his home. That night they made three attempts to have him open the door. Mr. Zhang firmly refused to cooperate. In the end they scaled the wall and broke into his home. They turned his home upside down and took him and his wife into custody. The couple were detained 15 days.

The constant persecution and harassment of Zhang Keming and his family caused enormous pressure. Ever since his detention in the labor camp he had been emaciated. Even after his release he never regained his normal weight. He passed away on March 26, 2006. Before his death he had edema all over his body and kept coughing and spitting blood. It is suspected that the unknown substance he was injected with may have caused his symptoms.

Gong Yu, a seven-year-old girl in Yilan County, often held her parents' pictures and cried non-stop. She also wrote letters to and drew pictures of her parents. Once she wrote, "I'll give Daddy a cup when he comes back. The cup will be filled with my tears. Mommy and Daddy, come back soon! I am very obedient and well-behaved. Just because Mommy and Daddy practice Falun Gong, I lost a happy family. Now Daddy doesn't even recognize me! I don't know when I can see Mommy!"

Gong Fengqiang's daughter, Gong Yu, when she was 7 years old

Gong Yu hopes she can be reunited with her parents soon. She wants kindhearted people to help rescue her father and end this persecution.

Gong Yu's father Gong Fengqiang used to work at the Yilan Coal Mine. He was sincere and kindhearted. Hard-working, with excellent work performance, he was widely regarded as a good person. Due to his belief in Falun Gong he was arrested and detained numerous times. On December 12, 2006, he was arrested again and taken to the Yilan Detention Center where he was tortured until he became mentally disoriented. He can no longer recognize anyone, including his own parents, child, and wife. But he was still sentenced to five years and is now being held in Lianjiangkou Prison. His family has requested his release on medical parole repeatedly, but they have been denied every time. Mr. Gong Fengqiang's health is deteriorating rapidly.

Mr. Gong's mother is destitute. She has heart disease and arthritis. Worried about her son, she now is bedridden. Mr. Gong Fengqiang's father had a relapse of his old illness, but in order to get his son out of prison he kept up his quest and appealed to various departments. However, all the family got was threats and denial.

We call on kindhearted people, both in China and overseas, to extend a helping hand to get Gong Fengqiang and other detained practitioners out of detention as soon as possible. We hope we can bring the persecution to an end.