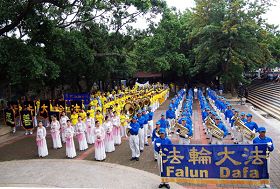 Lining up for the parade 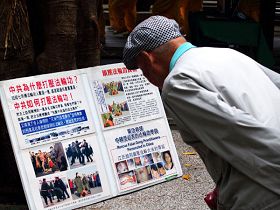 A man reads a poster 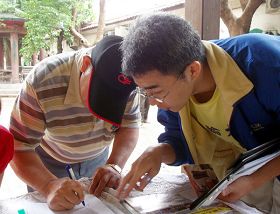 Signing a petition calling for an end to the persecution 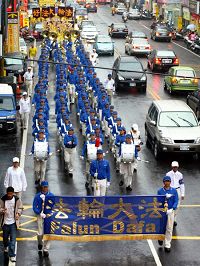 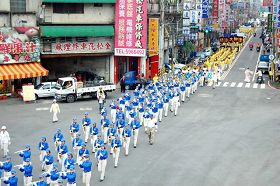 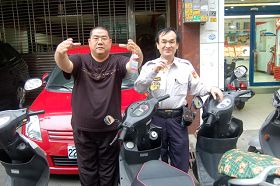 "I want to learn Falun Gong." 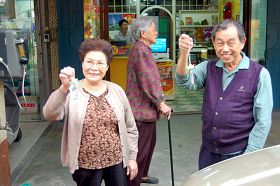 "We got lotus bookmarks!" 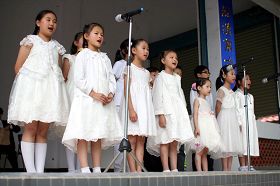 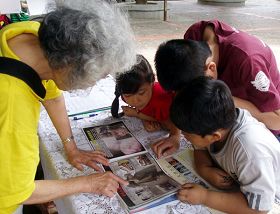 Children listen to a practitioner's explanation of the persecution 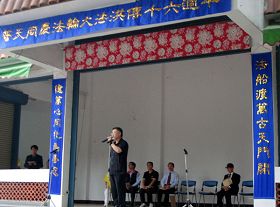 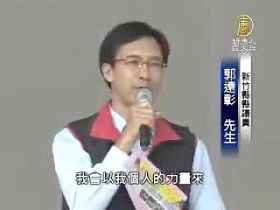 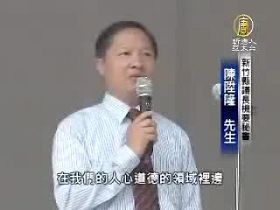 A parade was held after the rally. Chudong town is an important town in Hsichu County. The Divine Land Marching Band, consisting of more than 120 practitioners, led the procession, followed by banners, dancers and waist drummers. 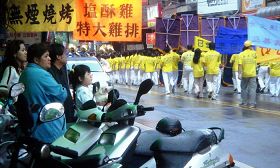 The parade passed busy streets and residential areas. Local residents were enthralled. Some took photos. Employees in shops along the parade route came out to watch. A shop owner handed over his business card and said he would learn Falun Gong. One man said, "I have never seen such magnificent parade. You should have them more often." 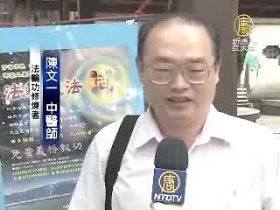 Chinese medicine doctor Chen Wen-I said, "Before I practiced Falun Gong, I drank wine at least once a week until drunk. After practicing Falun Gong, I stopped drinking. My mother and wife couldn't believe it. Then my mother also started to practice Falun Gong. Her illness disappeared. Everyone felt it was marvelous." 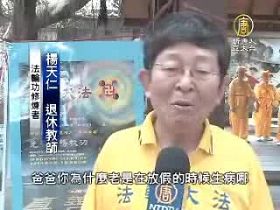 Retired teacher Yang Tian-ren said, "My child used to ask me during school break, 'Daddy, why are you sick always during school break?' After I practiced Falun Gong, I have never been back to the hospital. My hair was half white before. After practicing Dafa, my hair turned to black."

The band gave another performance after the parade and then the day's events drew to a close.