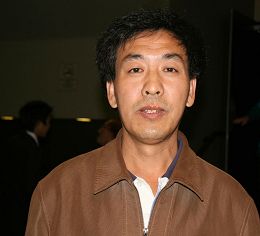 Mr. Gao's favorite program was "Descent of the Celestial Kings"

Mr. Gao said that it would be very difficult to see such a show in China. He said, "The shows in China are full of political propaganda. The performers of the Divine Performing Arts are artists with powerful beliefs, so they can reach a high level. The shows in China are separated from gods. Only gods' arts are real arts. I liked the first program, 'Descent of the Celestial Kings,' because it demonstrated the realm of gods."

Mr. Gao highly praised the professional skills of the performers. He said they communicated perfectly the essence of traditional Chinese culture through dance. "The arts company pursues peacefulness in the heart. It brings the feeling of peace to the audience," he said.

Mr. Gao continued, "The Divine Performing Arts conveys a strong message. People should help each other. It is very impressive. Audience members benefit from these kind of performances. They should put on many such shows."

Mr. Gao was touched by the songs in the show, "Every word in the lyrics of the songs is a kind reminder, reminding people to protect the truth. People in modern society need this kind of reminder. I was astonished by the dance, 'The Power of Awareness.' Many people don't dare to stand up against the evil power. We should promote the righteous power, such as Falun Gong. I feel very sad that Falun Gong is persecuted in China."

Mr. Gao said that he wouldn't forget the show and hoped more people would come to enjoy it. "I hope that some day the show can be performed in China," he said.

“Senator: The Performance Is Worthwhile for Everybody (Photos)”