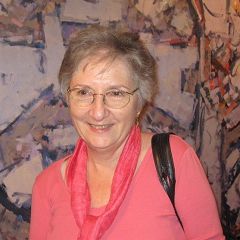 Helen Wornham, a retired teacher at RMIT, said the show was terrific. She liked all the dance programs and all the different stories they portrayed. "The first program 'Descent of the Celestial Kings' was an exquisite presentation that really strengthened people's desire to learn more about traditional Chinese culture.

"The music and dance designs were so perfect and harmonious. Everything was done so beautifully and convincing. I'll tell my friends what I've seen and learned from the show."

Robert and Elizabeth Conaay are merchants at South Land Shopping Mall. When a Chinese client told them about the show, they bought tickets right away.

Mr. Conaay said, "I liked the dances by the female performers. I also liked the drum programs. But what impressed most was the positive message the show conveyed. For instance, 'Truth-Compassion-Tolerance' was incorporated into every story. In one dance program, two young men changed for the better after learning this positive message, which was very interesting."

Ms. Conaay said, "The hostess was very lovely and funny, which really impressed me. Both hosts were very humorous."

Have a connection with Chinese Culture

"Regarding the songs, I liked the captions on the digital background," said Ms. Conaay. "They really helped us understand the contents of the songs. The lyrics had very rich and profound implications and I liked them very much. I am very interested in Chinese culture. I've read books on traditional Chinese culture before. The DPA show really made me feel 'in' that culture. I feel I have a connection with Chinese culture. Before, I knew almost nothing about traditional Chinese dance. Now I know something about it and I'm really interested in it."

We should stand up to validate righteousness and truth

Ms. Conaay said, "I'm very saddened to see that such beautiful traditional culture has been lost. Every culture is important to its own country and is an asset. I'm Australian, but my family originally came from Hungary. I think every nation has the right to keep their own culture because that's how they can preserve the characteristics of their nation."

She continued, "The message conveyed is very profound. That female Falun Gong practitioner entered that beautiful divine world after being beaten to death, which really gave me great inspiration and courage. We should all stand up to validate righteousness and truth. And we should all have the right to freedom and self-expression." 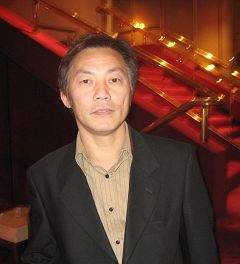 Cany, a Vietnamese Chinese, told reporters, "I started to pay attention to the DPA two years ago. When they first came to Melbourne in 2007, I went to see it. I also purchased the DVD of the 2006 DPA show in the U.S. I came again to see the show because I also wanted to get a feel of how people were enjoying the show in the theater."

A couple of young audience members from Malaysia thought that the show enabled them to better appreciate the profoundness of traditional Chinese culture. They agreed with the messages and implications of the show. They thought it was very rare to have the opportunity to see such a show in Australia.