After watching the Chinese New Year Splendor, many audience members said that they enjoyed it very much and would recommend the show to their friends. 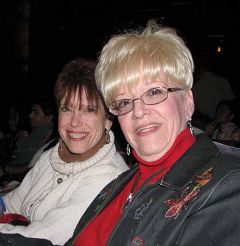 New York University environmental medicine professor Judith Zelikoff and administration assistant Hinda Appelbaun obtained the information of the show at a shopping mall in New Jersey. During the intermission, they shared their impressions of the show.

"Fantastic. The show is very good. The costumes are beautiful, the dancing is just magnificent and the singing is very, very good," Hinda said.

Judy said: "The Asian dancing is just phenomenal...I was thinking of recommending this to a lot of my friends who are into dance and music."

Retired Couple: I will tell our friends to come 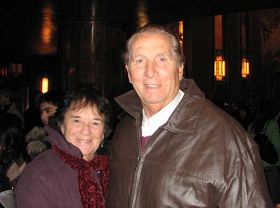 Gloria Lamorgese and Carl were impressed with the show

After watching the show, Gloria Lamorgese was very excited. When asked whether she liked the show, Gloria said: "I thought it was wonderful. We enjoyed it very much. I love all the colors, the dancing, the culture the backdrop--everything was so beautiful. The last finale with fireworks was spectacular."

The couple told the reporter that they heard about the show on TV. However, Carl thought it was more about acrobatics and didn't know there were so many beautiful dances.

"I will tell my friends to come to see it and enjoy it because it is beautiful." Gloria said. "We want to go to China," Carl added.

When the reporter mentioned that such a show can't be seen in China, Gloria said: "The performers brought the beauty out of China first for us to enjoy. So that is nice. ...This is a beautiful thing, so keep it up."

“New York: "I Have Never Seen Anything Better Than This!" (Photos)”

“Former Russian Engineer: "I Was Stunned by the Show" (Photo)”