New Tang Dynasty Television's Chinese New Year Splendor, performed by Divine Performing Arts, will be staged at Radio City Music Hall in New York City on January 30-February 9, 2008. On the occasion of the Chinese New Year Splendor, members of the Westchester County Board of Legislators joined with Chairman William J. Ryan in recognizing New Tang Dynasty Television and Divine Performing Arts and in congratulating them for bringing this marvelous and inspiring show to New York. 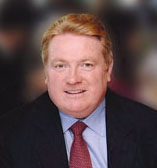 William J. Ryan, Chairman of the Westchester County Board of Legislators

Westchester County
Board of Legislators

, throughout its history, Westchester County has been fortunate to have in its midst, organizations whose initiatives and services add to the betterment of their community; and

, New Tang Dynasty Television is an independent nonprofit Chinese language TV broadcaster established by the Chinese, they began broadcasting via satellite in North America in February 2002 and in July 2003 they extended its 24/7 programming to cover Asia, Europe, and Australia, and

, NTDTV has reporters and correspondents in over fifty cities worldwide and broadcast in mandarin Chinese, Cantonese and English. Their programming consists of news from around the world, cultural variety shows, educational programs, discussion and interview programs, sports and entertainment, finance and business programs and topics of interest to the general audience, and

, NTDTV along with Divine Performing Arts is leading the revival of the true Chinese culture by bringing back the arts and values that have shaped China's 5000 year history, and

, the "2008 Chinese New Year Splendor" show will tour 23 cities in the United States and more than 200,000 people will view it, and Now Therefore Be It

, that the members of the Westchester County Board of Legislators join with Chairman William J. Ryan in recognizing New Tang Dynasty Television and Divine Performing Arts and in congratulating them for bringing this marvelous and inspiring show to New York and, Be It Further

, that the text of this proclamation be carried throughout the county of Westchester for all people of good will to forever know. 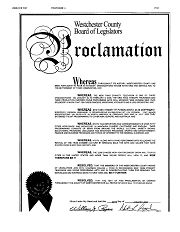 “New York City Council Member Domenic Recchia: "How Fortunate We Are to Be Able to Enjoy the Splendor of Ancient China and Celebrate the Chinese New Year"”