(Clearwisdom.net) The Annual Christmas Parade in Gosford City, Australia, was held on November 15. For the first time, Falun Gong practitioners from Sydney participated in the parade. 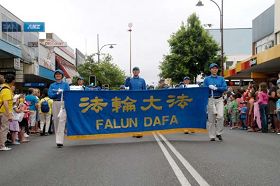 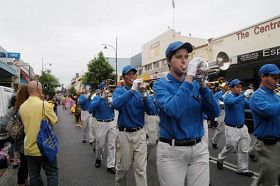 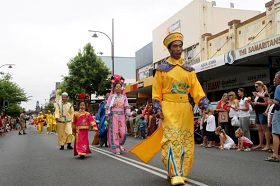 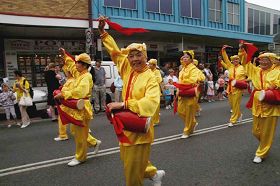 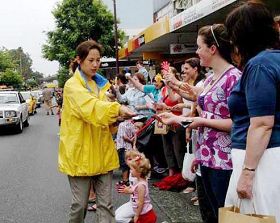 Gosford City is one of the biggest cities in New South Whales. About 60 miles from Sydney, it has a population of 200,000.

This year was the first time for Falun Gong to participate in the Christmas parade. The parade started at 11:00 a.m., and the Divine Land Marching Band, made up of practitioners, performed in the procession. The spectators were surprised to see such a great Chinese band in the parade. Reporters from the local newspaper took quite a few photos of practitioners.

After the band, practitioners dressed up as characters in Chinese fairy tales, and a practitioner waist drum team performed after the fashion show. Falun Gong's entry was the grand finale to the parade. Most of the spectators had never seen Falun Gong before. They were curious about it and happy to accept Falun Gong materials.