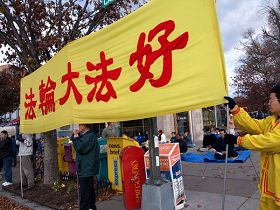 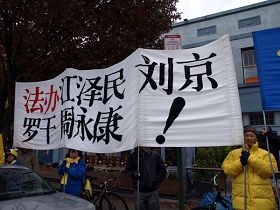 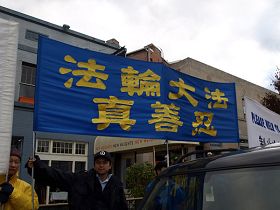 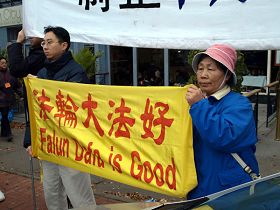 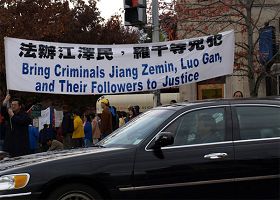 The protest outside of the hotel where Hu stayed 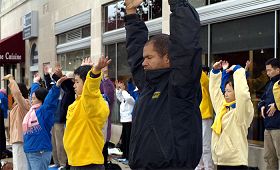 On November 16, the temperature dropped dramatically. Almost one hundred Falun Gong practitioners demonstrated in front of the Marriott Hotel. The peaceful protest attracted many people who asked for information. People who were organized by the Chinese Embassy to say goodbye to Hu were also watching practitioners' actions. 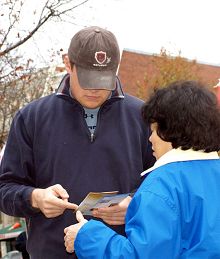 Ms. Li, a practitioner, told reporters that a Western couple said they saw policemen arresting Falun Gong practitioners in Beijing. When Hu's car passed by, the group organized by the Chinese Embassy tried to block practitioners' banners from being seen. That couple stopped them, saying "You are in America."

Ms. Ge, a practitioner, said that in the last three days, Hu's car passed by practitioners several times. He saw the banners. Many Chinese and American people also had chance to learn more about Falun Gong.

“Eliminate Selfishness When Validating the Fa”