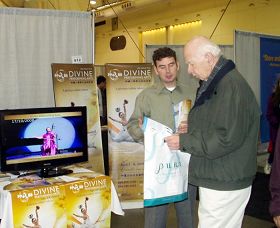 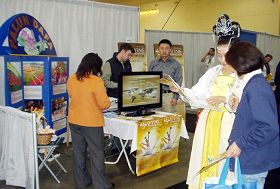 Many people stopped by the Falun Gong booth to read the materials and talk with practitioners. Some of them had seen the NTDTV Spectacular and came over to say "hi" to practitioners. Many said that they would attend the spectacular this year as well.

“Mr. Zhang Mingtong Dies as a Result of Torture in a Forced Labor Camp in Henan Province”