San Francisco: "So Exquisite, So Breathtaking, So Different" (Photos)

(Clearwisdom.net) In the four days of thunderous applause, accolades, and standing ovations in the Orpheum Theatre in San Francisco for the Spectacular shows by the New York-based Divine Performing Arts that have just passed, some of the San Francisco audience members, who braved torrential rainstorms to see the show, had the following to say about the show. 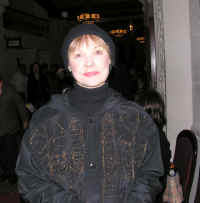 Lee Myer, a retired real estate agent in San Francisco, "[It's] So exquisite, so breathtaking, all of it is so different, I love all of it, I have never seen a show like this before." 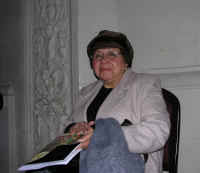 Christino Evila, a Peruvian lawyer visiting San Francisco said in limited English, "It's a wonderful show. I am coming back to see it again on the last day [of its tour in San Francisco] before I go back to Peru." 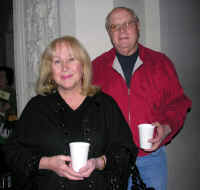 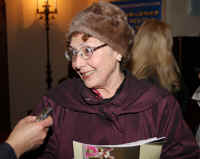 Milania Baron of Novato, California, a schoolteacher, rated the show an "A-plus, of course." "It's a fantastic show, very entertaining and informative. I love the drums, I love all of it." 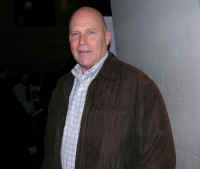 Jim Parker, who teaches English at City College in San Francisco, said one of his students gave him a ticket, so he came. "It was wonderful and entertaining. The music was beautiful. I like the costumes, and especially the connection to the folk tales of old China. I was in Shanghai last spring and saw a show, but it was mostly acrobatics; there was no culture."

"I was also curious about the mention of Falun Gong. You won't be able to talk about that in China, but here it is very matter of fact and very honest. It was interesting. It dealt with something so sensitive [to the Chinese government] in a very positive way." 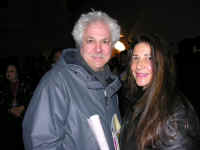 Doug Guttrama, who is in the seafood business in Richmond, California, came to see the show with Maria Archuleta, a teacher in Emeryville. Doug saw the pictures of the dancers in the newspaper, and since they like dance a lot they decided to come and see the show. When asked what they thought about the show, Doug burst out, "Spectacular! It was very good, very well done, the colors were fantastic and the orchestra was brilliant. The blending of the Eastern and Western instruments was done so well that it was easy on the ear." Doug liked "Water Sleeves," and the "The Fruits of Goodness" a lot, while Maria liked both the "The Fruits of Goodness" and "Mongolian Cups." "Absolutely beautiful!" she said. "You can't compare this [show] with other shows. It's totally unique, very enjoyable, and awe-inspiring. From the moment the curtain went up in the first scene, we were totally drawn in."

The president of Korean TV in the Bay area, Mr. Taek Jong Yu and his wife, Yooh Yang Yu, originally from Korea now living in San Jose, were invited to the show by some friends of theirs. This is what they had to say: "It's a beautiful show. Everything is so great. The performance, the music, the choreography--it's very professionally done; much better than other shows we've seen. We really appreciate the opportunity to see the show.

The Spectacular is winding down the San Francisco portion of its 2008 world tour performance today. It will continue on its epic journey in New York on January 30, and from there, on to Japan, Korea, Paris, Australia, and Canada.

“San Francisco: "'Truthfulness-Compassion-Forbearance,' I Believe in Those Words"”