Since March 2006, several witnesses have exposed the atrocities taking place in the Chinese Communist Party's forced labor camps and prisons where human organs were harvested and sold for profit. Falun Dafa practitioners in Rome went to the Premier's office on Emperor Street in the center of Rome to expose the CCP's crimes and call on Italian society to be aware of the matter. The practitioners also set up banners to support the ten million people who have already quit the CCP and its related organizations. 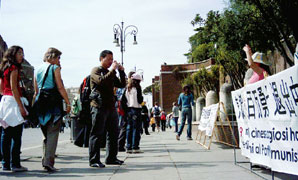 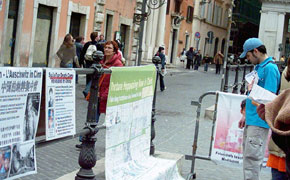